Breaking News
Home / Health / Spice Up Your Life With Cinnamon 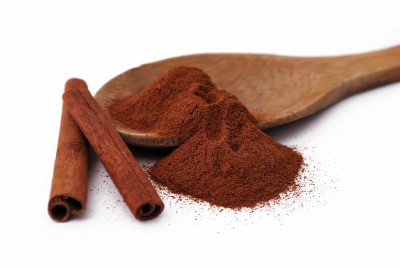 Spice Up Your Life With Cinnamon

Originating from wild trees native to South America, Southeast Asia and the Caribbean, a reddish-brown spice has warmed our hearts and homes and offered a delicious ingredient for quick breads and apple pies. Cinnamon has been used for several millennia. In addition to its culinary value, it was also used in embalming by the Egyptians. In earlier cultures, applications included treatment for diarrhea, upset stomach, menstrual cramps, arthritis, coughing, and sore throats. It can also be found in Scripture:

IMPORTANT NOTE: Cassia contains high levels of coumarin (not to be confused with coumadin). Ceylon has only traces or undetectable levels. Coumarin can cause liver toxicity in high doses.

Although studies are lacking to confirm all of these potential benefits, cinnamon may still provide positive effects:

5) Infections – Cinnamaldehyde, a chemical in Cassia cinnamon, can help fight against bacterial and fungal infections. Research was published in ACS Nano regarding the use of peppermint oil and cinnamaldehyde to treat persistent infections by eradicating the pathogen’s biofilm (a slimy protective film produced by bacteria which allows its survival against attempts to destroy it).

6) Alzheimer’s Disease – Cinnamaldehyde and epicatechin, another compound of cinnamon, help prevent the aggregation of a protein called tau. (Within the brain’s nerve cells, there are parallel tracks. These “tracks” are a means of transport for food molecules and key materials. Tau helps keep these tracks straight. When tau collapses into twisted “tangles,” a hallmark of Alzheimer’s Disease, these tracks fall apart and disintegrate. Nutrients can no longer move through the cells, and the cells die.)

7) Multiple Sclerosis – may provide cost-effective health benefits without side effects for MS patients.

If you are sensitive to cinnamon or any or its properties, if you are pregnant or breast-feeding, if you have or are at risk for having liver damage, it is best to avoid it until you have checked with your healthcare provider. As always, it is best to seek their advice if you have any concerns about taking a supplement.

If you have used cinnamon for its medicinal qualities, what condition were you treating? Were your results positive?

Denise is a Registered Nurse, married, and has lived in Alabama all of her life. She has been a Christian for more than 40 years and has studied Prophecy for over 25 years. She writes devotionals for Faithwriters (www.faithwriters.com). She also writes for TGGmag ('Tween Girls and God online magazine for girls age 9-12). She desires to share Christ with others through her writing and is looking forward to the soon return of our Lord Jesus Christ.
Previous Finding the Good Investor
Next “About A Mile” Makes a Splash in Christian Music