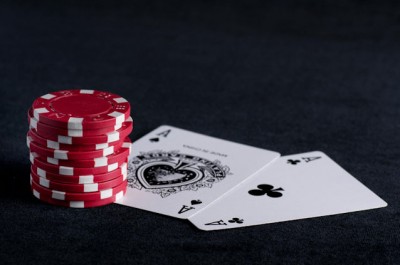 The Devil’s Bluff: Stacking the Deck Against Temptation

When I go to write, I have so many ideas that flow through my mind.  What should the topic be and how should I approach it?  I also think it’s good to have a theme, not only to be colorful, but to put things into perspective.  So today I’m going to talk about beating the devil at his own game by understanding how he’s stacking the deck against you and defeating him by calling his bluff.  Kind of like a poker showdown, but in this case it’s a battle for your heart and mind.

To the devil, temptation is a game.  He knows the rules, but he’s hoping you don’t.  He wants to bluff you so you believe he has the better hand, but that’s just not the case.  So when we’re tempted, we need to stand fast and hold to what God tells us will win the showdown.  Here are some tips to consider…

– No matter how hard the devil tries to tempt and convince you that you’re helpless against his hand, it’s important not to fall for the bluff.  The Holy Bible declares that you have been raised up with Christ Jesus (Eph 2:6) and that you have power over the devil and his minions (Deut 28:13, Luke 10:19).

– Don’t argue about the details.  Accept what God has declared in His word, and grasp your prize.  This not only includes salvation, but also guidance, wisdom, and even a royal place in His family.  Sure the devil would like to take this from you, but he can’t even get close to most of it, unless you fall for his bluff and give in to him.  Remember, even Michael the Archangel knew better than to argue with the devil when then a dispute took place over Moses’ body.  He simply declared “The Lord rebuke you.” (Jude 1:9)  Why? Because the devil can pout and war against a human or angel, but the battle belongs to the Lord, so we simply need to defer to him.

– Probably the most important rule in any high stakes game is to know when to walk away.  The devil wants to keep you playing because he knows that the longer you play, the more chances he has to get a victory.  Sure, you may be up early in the game, but what about the late rounds when the stakes are tripled and you are starting to tire.  Jesus gave the devil exactly three rounds during the temptation in the wilderness, then it was time for the devil to scram (Matt 3:1-14).  Sure, Jesus could’ve went indefinitely, but we don’t necessarily have that level of resilience, so we need to follow the example Jesus set, and tell the devil to buzz off.  God’s word declares that once we have resisted the devil, that he is to flee from us (James 4:7).  Plus, the devil has better things to do than stick around a battleground that has been lost.  He wants to move on to the next potential target and the cycle repeats.  This is why he will fail.  He doesn’t know when to walk away.  Make sure you do.

There is one last thing I would like to talk about today.  It’s identifying the tempter, and it may not be who you think it is.  Can you guess who it is?  Well, it’s not necessarily some monstrous spirit being sitting next to you and telling you to do bad things, even though demons are frequently the culprit.  The tempter I’m talking about is you, me, and every other human on the face of the earth.  No, I haven’t lost my mind, and I’ve been to this place many times.  Please allow me to explain..

When we see something we desire, it can sometimes be easy to walk away, but what happens when we don’t?  Sure, that slice of cake looks good.  You end up telling yourself “no” once, twice, and maybe even many times, but what happens when you keep drooling over that cake?  Eventually you’re going to rationalize as to why it would be okay just this one time.  Before you know it, you’ve eaten all but one slice, and you already have your fork heading that way.  It’s true.  I’ve done this many times, and not just with cake.  Now supposed there was a demon egging you on; it only makes the situation all the more dangerous.  So in short, don’t be your own worst enemy.  Besides, if we know demons are behaving like this, then why would we want to compromise ourselves like that?  Let’s follow God’s lead instead.

Temptation isn’t necessarily an easy thing to deal with.  It can cycle repeatedly and reach a point where there seems like there is no hope.  But alas, there is hope.  Not only does God take that transgression from us when we seek His grace, but He casts it as far as the east is from the west (Psa 103:12).  He knows it’s ugly garbage, and He literally disposes of it.

The important thing is to do your part to protect yourself.  We have the keys to defeat temptation at the root, but a key only works if you put it in the lock and turn it.  Until then it’s merely potential, and guess what?  You have more potential than you’ll ever need.  You just have to unlock it.  If not, you’ll never be able to see what’s on the other side.  Thank you for reading and God bless.

Rev 3:20 Behold, I stand at the door, and knock: if any man hear my voice, and open the door, I will come in to him, and will sup with him, and he with me.

What is your biggest temptation?  What is the key to defeating it?  Are you ready to turn the key and unlock your freedom?

Joel M. Bauer is a 45-year-old U.S. Army Veteran from Dunn, NC, which is just outside of Raleigh. After being honorably discharged from the U.S. Army, he attended school at Taylor University, a Christian liberal arts school, in Fort Wayne, IN, where he received his BS in social work and psychology. He has worked in such places as a homeless shelter, a community based treatment center for severe mental illnesses, a school for troubled students, and other social service agencies. His current endeavor is to build The Bottom Line website into a site that inspires both Christians and non-Christians alike, and brings glory to God.
Previous Jesus-The Reason We are Free
Next Is Your Life Out of Balance?