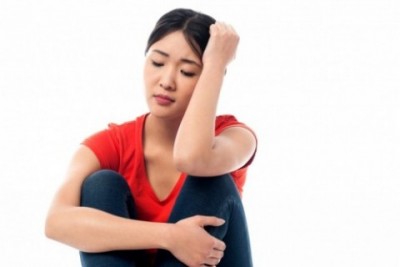 The Frustration of Morgellons Disease

Morgellons Disease is a frustrating, disabling and disfiguring condition that is not well understood, not fully recognized by the medical community, and not well-documented in medical textbooks. Though the cause is unknown, many physicians now believe it has a chronic infectious disease component. Reports indicate more than 13,000 families are affected, but the numbers are suspected to be much higher.

Photos of filaments from a child’s mouth lesion can be seen HERE.

Due to debilitating pain, fatigue, and difficulty concentrating, some people are unable to work. Some children are unable to play or attend school. Physicians have frequently misdiagnosed their patients with “delusional parasitosis” (a mental condition in which the patient imagines they are infested with parasites). Many patients feel alone and abandoned by the medical community. The desperation and frustration can be felt when reading the stories of sufferers.

Although there is no known cure, the most successful treatment at this time is a class of antibiotics for infectious bacteria or protozoa.

IS THERE A GMO LINK? A CHEMTRAILS LINK?

There is not a lot of information regarding long-term health effects of GMO (genetically modified organism) crops. In an article from NaturalNews.com, the following is noted regarding GMO foods:

“When a research study was conducted on fiber samples taken from Morgellons patients, it was discovered that the fiber samples of all the patients looked remarkably similar. And yet, it did not seem to match any common environmental fiber. When the fiber was broken down, and its DNA extracted, it was discovered to belong to a fungus. Even more surprising was the finding that the fibers contained Agrobacterium, a genus gram-negative bacteria with the capacity of transforming plant, animal and even human cells.”

According to New Scientist, Agrobacterium is “used commercially to produce genetically modified plants.”

The following excerpt is from PotentNews.com, November 29, 2012:

“As many of us now know, a vast amount of airplanes are currently spraying most of the Earth’s population with aluminum, barium, strontium, etc. Less discussed components of the spray programs include lab-created synthetic life-forms and other biological materials such as red blood cells, fungus, and self-replicating nano-fibers. Massive and diverse geo-engineering operations are indeed occurring. Moreover, a peculiar syndrome called Morgellons has emerged and has now been linked to these eugenics/transhumanist operations.”

Additional information and videos regarding a possible connection between Morgellons and chemtrails can be found HERE.

We can’t always put our trust in human beings, but we can always trust God. What are your thoughts on a GMO or chemtrails connection to diseases and medical conditions?

Denise is a Registered Nurse, married, and has lived in Alabama all of her life. She has been a Christian for more than 40 years and has studied Prophecy for over 25 years. She writes devotionals for Faithwriters (www.faithwriters.com). She also writes for TGGmag ('Tween Girls and God online magazine for girls age 9-12). She desires to share Christ with others through her writing and is looking forward to the soon return of our Lord Jesus Christ.
Previous The Gift of Prophecy
Next Best-Selling Author Raises $500,000 in Just Three Days