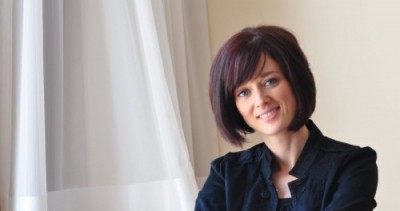 Christian Retailing reported that the author and mother of six visited Iraq in March and was horrified to learn that women just like her—mothers—were forced to live in shipping containers since ISIS had taken over their towns.

Voskamp is an avid blogger, posting every day like clockwork, and has been writing thought-provoking articles about ISIS since February. But most recently, she called her readers to wage love, to defy ISIS—to do something.

She wrote about the four Yezidi mothers she met living in a shipping container.

She wrote about the girls, ages one to nine years old, who are being sold for the price of a pair of running shoes: $172.

“Our life was normal before,” Voskamp says a mother told her. “Our children went to school. Our families had homes, we worked hard.”

The UN stated in early May that in the shadow of ISIS, “women and girls are at risk and under assault at every point of their lives.”

Voskamp’s travels and communications while in Iraq proved to support this statement. Women shared stories of their husbands and children being killed, of running from gunfire, of a life ripped out from underneath them; a life of terror.

As a reader, I could feel the energy in her writing, the rapid pulse behind the keyboard:

And then she challenged readers to stand up and give to the Preemptive Love Coalition, a nonprofit organization that helps Iraqi refugees. Within three days—that’s just 72 hours—donations tipped a half-million dollars.

“Before Ann’s post, interest in helping the people of Iraq had decreased dramatically. There was a sense that perhaps nothing could be done to combat ISIS and nothing could be done to address the suffering they’ve introduced to Iraq,” Preemptive Love Executive Director, Jeremy Courtney, said in a statement provided to The Christian Post. “Ann inspired and mobilized thousands of people from across the world to a greater vision — she reminded us all that the only way to drive out darkness is with light; the greatest weapon against hatred is love.”

The goal is to put 22,000 Iraqi children back in school by the end of the year, provide relief support, and empower women to start their own business.

And isn’t this what Christianity really is? James 1:27 says, “Religion that God our Father accepts as pure and faultless is this: to look after orphans and widows in their distress and to keep oneself from being polluted by the world.”

“God forbid,” Voskamp writes, “you don’t want to climb a ladder up to the American dream, when you could throw a lifeline down to people living your worst nightmare.”

In the updated blog post, Voskamp is now calling 2,000 more people to stand up and defy ISIS. “We get to defy ISIS by loving large & we get to be any little gift at all, and small together is the NEW BIG.”

In what ways are you “throwing a lifeline”? Share with us how you’re making a difference in the comments below.

is a freelance writer and contract copywriter who lives in the seacoast region of New Hampshire with her husband, Eric-Thomas,of five years. She currently serves alongside her mother as the Marketing Director for God’s Girls Christian Store and More, a online retail store serving the southern New England region. Her work has been featured in several print and online publications, and she is the recipient of two Faithwriters’ Editors Choice Awards for her short stories, which are scheduled for publication in the Mixed Blessings series. Her first book, Fragile: 30 Days of Hope for the Anxious Heart, is now available at samanthaarroyo.com. She can be reached at [email protected].
Previous The Frustration of Morgellons Disease
Next Stop! Drop Your Cell Phone!