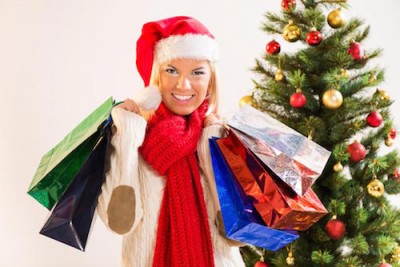 You know, every year I am determined not to let Christmas be commercial.  I am constantly striving to keep the fun and the meaning intact. I long to  protect the magic of childhood and the miracle of His birth.

A noble venture … at which I usually fail.

Today is Christmas Eve, and I was where everyone else in the world was–Wal-Mart, doing what mothers do–just picking up a few more things. To make it the BEST EVER. I had been around the store twice and I was beginning to lose that holiday magic.

Then I saw her.  I found myself wanting to avoid her because my to do list was long and she is by nature, well … not a short visit, if you know what I mean. I stopped to exchange pleasantries. Embarrassedly, I only half listened to what she said. As we wrapped up our conversation, she looked at me and said “May you have a blessed Christmas and a blessed New Year”. I smiled and said, “Not sure it could get any better” and walked off. I was being flippant, and then my own words began to ring in my ears.

As I looked in my buggy, tears began to pour down my face. My attempt to improve on what is already more than enough had rendered me convicted. Right there in the candy isle–Jesus showed Himself to me.  In HIS own unique way HE began to remind me of the reason for it all.  In the hustle and bustle of the day, I was forced to stop and once more get my attention about things which are eternal.

Blessed, I am so unbelievably blessed.

I need for nothing. I want for nothing because I have HIM. The best blessing the world has ever been given. The ultimate Christmas present has already been given   His presence and power in ordinary human, day to day life.  The gift of salvation.

My pitiful attempt of making good–better was embarrassing in the light of this revelation. My epiphany caused me to change right there in the candy isle at Wal-Mart. I had been confronted with the truth and I had a choice to make.  I made it.

I dried my tears and put all my “extra” stuff back.

Christmas had already come to me … right in the middle of Wal- Mart.