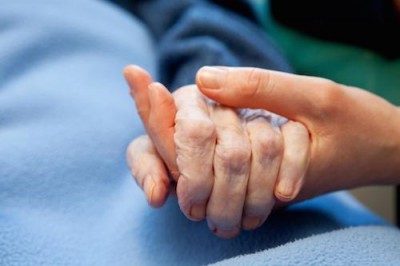 Kelly Johnson holds the title of Miss Colorado, 2015, and was a contestant in the recent Miss America Pageant.  For her talent, she performed an original monologue focusing on her nursing duties and a special Alzheimer’s patient named Joe.

Joe was in the beginning stages of Alzheimer’s disease and was therefore still quite involved with the present.  His worst times occurred at night when terrifying nightmares made him scream out in paralyzing fear.  Kelly always seemed to have that special touch and just holding his hand made the difference.

Then he would want to talk.  He would often ask her to change his treatment.  Her response, ” I can’t, Joe; I’m just a nurse.” Then would come the request for a change of meds.  “I can’t, Joe; I’m just a nurse,” was her usual response.   Kelly implied she was powerless.  He would then transition to more relational topics such as his grandkids, volleyball, or how Kelly was the only nurse tall enough to reach the highest supplies.  Joe was “a lot of laughs” and Kelly enjoyed him.  But one night a change occurred.

Kelly entered Joe’s room and found him bent over, head in his hands, crying.  She lifted his head, let him know that she understood, then offered the following encouraging words.  “Joe, I know this is really hard for you.  You are not defined by this disease.  You are not just Alzheimer’s.  You are still Joe.”  His response opened her eyes.  He said, “Nurse Kelly, the same goes for you.”

At that point Kelly realized that she wasn’t “just” a nurse.  She cared about Joe, about all her patients, about people.  She was “a life saver!”  She realized anew that patients were people, first and foremost, with family and friends–not just “a room number” and “a diagnosis”.   Joe’s words reminded Kelly of why she became a nurse in the first place and why she continues in spite of the many challenges.  Kelly realized her worth in a new light as she helped Joe realize his.

Jesus is like that.  He recognizes our worth and reminds us that we are not to define ourselves by our mistakes and poor choices.  He sees our strengths and weaknesses and, as His children, He makes concerted efforts to lift us up to the higher places of victory and love.

” … being confident of this, that he who began a good work in you will carry it on to completion until the day of Christ Jesus.”  Philippians 1:6

Where have you been guilty of defining yourself as “Just a … ”

What are the positive things Jesus would say about you if He entered your room and lifted your head?  (“Nothing” is not the right answer!)

I just love walking outdoors - day or night. I identify most with the creative side of God and am energized by His artistry all around this world. He amazes me every time I turn around! Yeah, God and thank you, Jesus.
Previous Is A Devastating Solar Storm Headed Our Way?
Next Five Ways to Transform Your Community