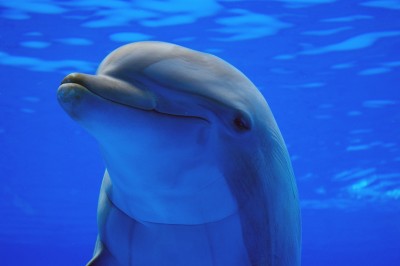 The Wonders Of God’s Animal Creations!

It has been a tough day with the stock market taking a plunge, traffic gnarling to a standstill in larger cities, and I figure stress  has somehow played havoc with at least part of your day.  With that said, I think we need a break from today’s harrowing dramas.  One of the best ways I know to lighten up is to focus on things having to do with animals.   So, let’s take a fun look at a handful of God’s creations.  He is outstanding in unique animal designs and has imparted to some of them very high intelligence.  Check out the facts on the following animals.

Chimpanzees – It is no secret that scientists have worked a lot with chimpanzees.  Researchers have found that chimpanzees laugh, cry, kill, and grieve much like humans.  They can learn sign language and can also make and use “tools” to help themselves solve problems.

Bottlenose Dolphins – As a youngster, a bottlenose dolphin develops an individual vocalization that creates its unique identity.  Once other dolphins identify with another dolphin’s particular “signature whistle”, they mimic that whistle and, in essence, call that individual by name.  Bottlenose dolphins are very social and are inclined to help an injured pod-mate.  They have even been reported to risk personal harm to protect people who are in trouble in the water.  They have also teamed up with humans to help them catch fish by driving the fish towards the fisherman’s nets.

Elephants – Having a memory like an elephant is no joking matter; in fact, it is quite a compliment.  Elephant brains have as many neurons as a human’s.  They can recognize themselves in a mirror and are compassionate, helpful, and empathetic in the wild.  They communicate with each other on a wide variety of subjects by the seismic activity created by their trunks and feet.

African Grey Parrots – Did you know they are considered the “Einsteins” of the parrot world?  Scientists studying the birds have noticed their abstract, inferential reasoning capabilities along with being able to realize the “cause” of a certain situation.  Then they use that knowledge to problem solve.

Rats – Most rats can make decisions based on what they do or do not know about a situation.  They can think about their circumstances and come to a decision.  They are self-aware, ticklish, and create very strong emotional ties with their owners.  They can learn their name and come when called.  Studies have shown that they also dream as we do.

Crows – Studies prove these birds have intellectual capabilities on a level similar to primates.  They can reason and solve complex problems.  They are also known to recognize and remember faces based on the treatment that they received.  Have you been kind to your neighborhood crows?  They just might return your kindness with gifts as they did several times for a young girl in Seattle.

Pigeons – Yes, you read that correctly! Scientists have discovered that pigeons can learn abstract mathematical rules.  (Where they would use them I do not know!)  They showed the ability to make extremely intelligent choices and were great at pigeon problem solving by choosing – 90% of the time – the correct string (the one tied to food) even when the strings were crossed and the string images were being viewed on a computer screen.

Pigs – “Researchers who have studied pigs have learned they have excellent long-term memories, solve mazes easily, can comprehend a simple symbolic language, love to play and play-fight with each other, can learn to operate a joystick to move an on-screen cursor, and use a mirror to find hidden food.” (Discovery News, June 11, 2015)  I grew up with pigs and can attest to their superior abilities of escaping and out-smarting those trying to herd them back to their pens.  Pigs have also shown they share some mental capabilities similar to those of dogs, chimpanzees, elephants, dolphins, and even humans.  Mine was a pet and a source of delight.

Octopuses – They have the “ability to solve problems, make complex connections between ideas, and survive by wits alone.” Compared to a humans 100 billion brain neurons, an octopus boasts 130 million neurons in its brain.  Its brain is the largest of any invertebrate.  Three-fifths of an octopuses neurons are in its legs and they operate independently of each other even to the point of grabbing at food should a leg be severed from the octopuses body.

There you go, some fun facts about God’s wonderful creativity.  In Job 40 and 41, the Lord talks about the behemoth and leviathan.  One can only imagine what those creatures must have really looked like.  Leviathan is described as fire-breathing!  So when things get too heavy for us humans, we should review God’s wonderful creative touches in the animal world and get a refreshed sense of awe and wonder before heading back into the hustle and bustle of a hectic life.

What are the peculiar attributes of your favorite in God’s animal world?

*Some information taken from an article by Dr. Becker entitled, The Most Surprisingly Smart Animals @ Mercola.com

I just love walking outdoors - day or night. I identify most with the creative side of God and am energized by His artistry all around this world. He amazes me every time I turn around! Yeah, God and thank you, Jesus.
Previous Discover Hope in the New Song “My Story” by Big Daddy Weave
Next 7 Things You May Not Know About Introverts