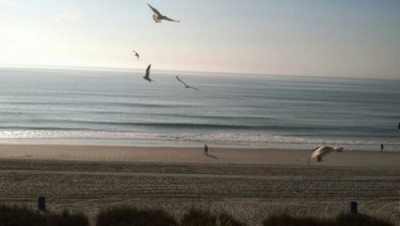 Compromise…this is a word that can be good, or it can be bad.  But it is an interesting word for sure.

: a way of reaching agreement in which each person or group gives up something that was wanted in order to end an argument or dispute

: something that combines the qualities of two different things

: a change that makes something worse and that is not done for a good reason

Compromise is also a verb, the action of compromising.  When we address this word, we must remember that it’s not just a thing, it’s what a person does.

Compromise is as old as the words in our Bible.  Adam and Eve began the process. They listened to the serpent, compromising God’s commands to not eat of the Tree of Life.  They were in agreement as each took that first bite.  Lot, in Sodom, was quick to compromise the virtue and safety of his two daughters.  A crowd of men came to his door, demanding he hand over the two men, the angels, who were there, so they could have sex with them.  Lot offered his daughters in their stead, to protect his reputation of giving safe harbor to those visiting in his home.

There are many instances of compromise for good.  If  Rahab the Harlot had not lied about the spies Joshua sent to look over the land they would take, the king’s men would have found them.  She knew they were God’s men.  She knew the people were afraid of them, and that God was giving them the land.  She knew of the great things God had done.  So she hid them, lying to protect them.  She compromised her king’s sovereignty, and reaped protection for her and her family because of it.

Jesus also compromised, and it was good.  Jesus angered the Pharisees when they saw Him having dinner at the home of Levi, the son of a tax collector.  Tax collectors and sinners were present, with the disciples.  The Pharisees asked the disciples why Jesus ate with tax collectors and sinners.  Jesus overheard them, and replied that healthy people don’t need a doctor, sick ones do. And He had come to help the sick, not the righteous.  Jesus went to the people where they were, even in less than ideal circumstances, which was a compromise.  It is, again, a good compromise, because it accomplished the good purposes He intended.

When you are about to compromise, think first.  Will it accomplish good or bad?  Is it necessary?  How will God see it?  Will it glorify Him, or will it hurt the cause of Christ?  If you can’t tell right off if it is good or bad, take time to pray.  He is Our Hope, and He in His great wisdom will help you to make the right compromises at the right time.

Lili lives in central North Carolina. She writes devotionals and Christian articles and has been published in e-magazines, newsletters, and articles. She is a member of Faithwriters.com. She and her husband Chuck love to travel, and are animal lovers as well. They are active in their local church. Lili credits God for any inspiration that allows her to write. It's all about Him!
@@ohiolili
Previous The Boiling River
Next Is God on vacation?