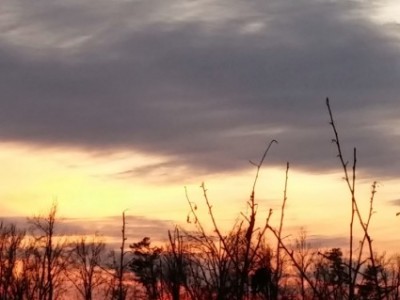 Our Hope: He Calms The Storm

“And when He got into the boat, His disciples followed Him.  And behold, there arose a great storm on the sea, so that the boat was being swamped by the waves; but He was asleep.” Matthew 8:23 (ESV)

Jesus had just healed a centurion’s servant simply by speaking the word that he was healed.  Then, He went to Peter’s house, where his mother-in-law lay ill with a fever.  He healed her with the touch of His hand.  He had been performing many miracles, and His disciples were witnesses to His power.

Yet here they were, in a boat with their Master, and they were afraid.  The storm was great, enough to frighten the most seasoned of seamen.  But they failed to remember Who He was, and what He could do.  They strayed from faith.

The disciples were fearful.  All they could see at that moment was the fury of the waves, and the probable foundering of the boat.  They thought that Jesus must not care, or He would not be sleeping.  How could He possibly sleep when they were all about to perish?

“And He said to them, ‘Why are you afraid, O you of little faith?’ Then He rose and rebuked the winds and the sea, and there was a great calm.”
(Matthew 8: 26).

Jesus had the power all along.  His hands and His words were able to quell all that they feared, and all that they did not understand.

Faith can be like that.  When life is going along just as we want it to, our faith is at its highest level.  But let just one thing go wrong, not turn out the way we want or expect it to, and our faith sits at the very bottom of the spectrum.

Why do we allow this to happen to us?  When we, like the disciples, know Jesus, and know that all things are under His command, why do we let our faith shrivel up at the first sign of difficulty?  Why do we become weak, and lack strength to believe?

There are many reasons, but we must step up and admit that a goodly portion of the blame belongs to us.  We are to guard our hearts and our minds.  If we do not, we give an opening to the enemy to attack us in the area of our faith.  We cannot fend off these attacks if we have not filled ourselves with God’s Word, daily.  And we must pray, asking that our faith be increased and made strong.  When we fail to care for our faith, we increase the likelihood of attack.

The disciples became afraid, and took their eyes off of Jesus.  They did not see Him as their hope at that moment, but as one who would not defend, or save, them.  However, once they saw Him calm the storm, they marveled.

We all should marvel at the miracles Jesus brings, even when we have little faith.  He is Our Hope, and therefore He will always be there, in the midst of our storms, to quell the winds and the sea, and to bring peace to our hearts once again.  He is Jesus!

Do you have a testimony of a time when your faith was little yet, when you called on Jesus, He saved the day?  If so, please share with us at www.mystoryofgrace.com.

Lili lives in central North Carolina. She writes devotionals and Christian articles and has been published in e-magazines, newsletters, and articles. She is a member of Faithwriters.com. She and her husband Chuck love to travel, and are animal lovers as well. They are active in their local church. Lili credits God for any inspiration that allows her to write. It's all about Him!
@@ohiolili
Previous Do You Need a Fresh Start?
Next One Year To Live