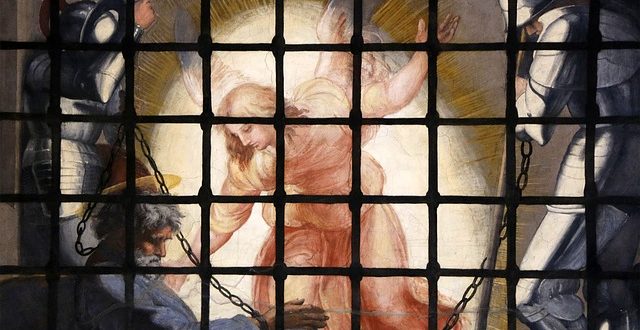 The Liberator of Lives

In any law that is given, one should find liberty there, and not slavery!

“But the one who looks into the perfect law, the law of liberty, and perseveres, being no hearer that  forgets but a doer who acts, he will be blessed in his doing.” (James 1:25)

A people without laws are a people without liberty. They are in fact, enslaved by their perceived freedom from any law being given to them. Our Nation is a “Nation of Laws” fashioned after the laws of God and overseen by the second greatest document, after the Bible, that ever was penned…Our Nation’s Constitution!

“The world has never had a good definition of the word ‘Liberty’, and the American people, just now, are in much need of one. We all declare for Liberty; but in using the same word, we do not all mean the same thing.”   ~ Abraham Lincoln

The Liberator Of Lives

The great lie of sin is we’re the potter of our own clay.
It poisons the mind.
As sin twists our reality,
It offers us a new morality.
While promising the freedom to experience pleasure’s pride,
It dangles shiny possessions and power all the while.
Sin waits to imprison it’s prey,
Then it entangles us in a thousand fetters,
With just a smile and a little of the Serpent’s guile.

I remember that fateful day,
And the many self-imposed prisons of my nights.
In the miserable grip of my chosen chains,
My sin rubbed me raw with all it’s hurt and pain.
As I considered my plight, my reality just wasn’t right,
For I considered my plight better than submission to His light.
I also remember another day, a glorious day.
The day I was awakened from sin’s prideful prison,
And was liberated by The Liberator’s light.

I remember that day,
As He set His mark on my pitiful life.
He was so rich in mercy,
As He pursued me so lovingly and relentlessly.
I acknowledged all my guilt and shame.
By His grace, I repented of my sin that held me in my chains.
The power of His liberty has since followed me each and every day,
As I’ve followed The Liberator of Lives, who…
Freed me from my eternal death in self’s chains!

The laws of God our Constitution was fashioned after, are called in James “The Law of Liberty.” One either lives under this Law of Liberty or the law of bondage to our sin. The great truths of God’s Word our Nation is rejecting more and more.

This is the great culture war that is raging in America today…Shall we persevere in the imperfect laws of this Nation’s Constitution that was fashioned after God’s perfect Law of Liberty! Will it guide us to look into that perfect law, or shall we look into God’s perfect law that ensures our Liberty and walk away never doing it!

This is described in the previous three verses in James when he says:

“But be doers of the word, and not hearers only, deceiving yourselves. For if anyone is a hearer of the word and not a doer, he is like a man observing his natural face in a mirror; for he observes himself, goes away, and immediately forgets what kind of man he was.” (James 1: 22-24)

I am a layperson with 35 yrs. of teaching Sunday School, bible studies, and preaching on occasion. I teach a bible study in a local prison. I am a 36 yr. counselor/social worker. I am disabled and have devoted the past four years to studying, praying, and writing about my greatest love; this gospel of Jesus Christ that has the power to save a man's soul. I also write devotions for a Church in Marion, VA and I write for an orphanage/ministry in Zambia, Africa.
Previous The Reality of Praying
Next Fully Known