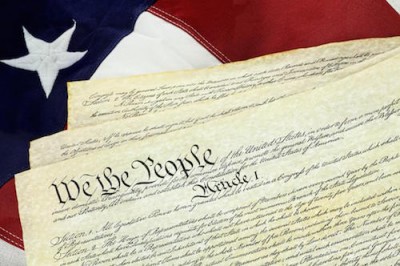 A New Season of Leadership

This past week, Representative John Boehner shocked the political world and all the nation with his sudden resignation due to take place this month. As Speaker of the House, he is third in line to the presidency. In the event the President and Vice President are unable to perform the duties of the Commander-in-Chief, it is the Speaker’s responsibility to assume the role.

What would prompt this “good man,” who is respected by many of his colleagues to surrender this important position?

It has been reported that he believes it is what is good for the party. By extension, one can only assume he believes it is good for the nation as well. In-fighting among the party members is said to be the reason he felt he would be unable to lead effectively. Some claim he has already been ineffective in his party leadership. The “hard-line” conservatives are being blamed for the dissension in the ranks.

Why do we always find it necessary to play the blame game?

Mr. Boehner appears to be content with his decision. Though it was sudden, it could not have been and easy one. So why do we see the demonization of both Representative Boehner and the conservative wing of the Republican party? There are two political ideologies in play. Both are of value at the appropriate time.

Ecclesiastes 3:1 tells us, “For everything there is a season, a time for every activity under heaven.” (NLT)

There are times when compromise is the wise course of action and is necessary for our government to operate efficiently. There are times, however, when it is necessary to stand firm on a position. The people in this country are growing increasingly concerned with the direction in which our elected officials are permitting the liberal agenda and the government to take our nation.

Constitutional Republicans believe their elected officials are conceding too much. They believe the House is not using the power given them in the Constitution–the power of the purse. Others believe that using this power shuts down the government, is destructive, partisan, and obstructs its ability to take care of “the people’s business.”

The Constitution bestows specific powers to particular branches of government. So why is it that they are vilified if they deem it necessary to use the very power its authors gave to the House of Representatives? The representatives are supposed to be the closest to their constituency. The framers of the Constitution gave this monetary “power to the people.” It is the very source of their negotiating power.

Is it not irresponsible governance if the House always concedes out of fear of “shutting down the government?” Why is it that only the House who must make all the concessions or take all the blame? Why is it not the Senate or the Executive branch that is vilified when there is a failure to compromise or when a presidential veto is threatened?

It seems to me that this may be an example of the elite “political class” that Carly Fiorina speaks about. The House represents “the people.” The Senate is unwilling to work with the House. The Executive branch has total disregard for its own limits of power. It presents the image of them patting the “ignorant masses” on the head and telling us to go on home. It’s as if they believe have the power because they know better. Doesn’t it seem a bit dictatorial?

As Christian citizens, we are called to pray for our nation. There are grave concerns regarding the erosion of our rights–the ones actually written into the text of the Constitution. The first of which is life. Without life, there is no need of liberty and it would be impossible to pursue happiness.

Our elected officials took an oath to defend the Constitution. To honor this oath, they must protect life.

When activist courts usurp the power to create law rather than interpret it, should they not stand in defiance of it? When a president is overreaching the limits of his authority, is it not the responsibility of the people, through their representatives, to restore the balance of power?

America is unique as the model of freedom. We need only be what we have always been–leaders & defenders of life and liberty. We are fellow inhabitants of the world, but we are citizens of these United States of America. We need not apologize for it. We need only be a shining example.

God has heard our prayers. Maybe, just maybe, His children have put on their spiritual “sackcloth and ashes” in humility and repentance. Now is the time for His people to take a stand. Now is the season of strong godly leadership.

How will you pray for America and for your elected officials?

* Miss Clara is the prayer warrior in the hit feature film, War Room

Melinda is currently the worship leader at her small church in rural America. Married for 23 years, she and her husband Larry have one son. She is the Director of Mailing in the print/mailing industry by day and freelance author by night. Her desire to write is a passion borne from tragedy. God used it to take her faith to a much deeper level. Melinda is a freelance writer and member of FaithWriters. She joined the TBL team in March 2014. Believing we are citizens of a greater ‘kingdom,’ her articles for The Bottom Line examine governmental responsibility, citizen involvement and current political topics. With the great wisdom contained in scripture as her guide, she looks at today’s political environment from a Biblical perspective. She prays her words will prompt the reader to view citizenship - and every aspect of their life, through the eyes of faith. Col 3:17 To read more of Melinda’s writings on her faith, hope, and life visit her blog Still Living Still Loving or her page at Faithwriters.com. You can also follow her on Twitter @MKZbk.
@@MKBzk
Previous Of High Value–Not Everything is For Sale
Next Facing A Storm? Keep A Cool Spirit