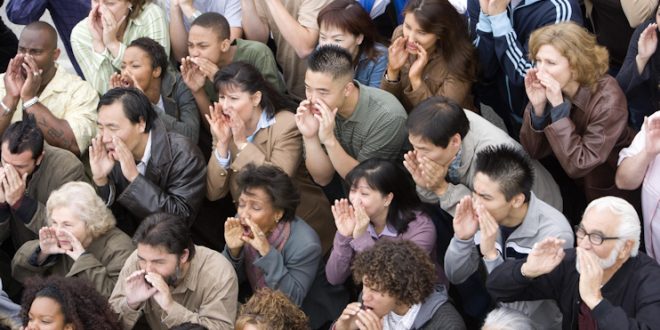 “There have been other times in modern American history when the left has resorted to physical intimidation and violence, but I believe that what is coming is going to far surpass anything that we have ever experienced before.”  This is a quote by Michael Snyder. He also quotes the radical left as saying, “you ain’t seen nothin’ yet” and that “this is just the beginning.”

The state of the human condition is falling at a very rapid rate. Depression and suicide are at an all-time high. Drug use is rampant. Satan worship is seeing a dramatic increase. Transgenderism and the LGBTQ agenda is being promoted and indoctrinating students in the public schools. Even the Miss Universe Pageant is open to transgender men!

Civility in America has become a thing of the past. One can’t express an opposing view without name-calling, using profanity, or even making death threats.  Liberal extremists are planning for civil war against America. It appears that the motto of some is “the more battle, the better.” America has sunk to a new low in morality, behavior, and common decency and respect. It is not the nation that I once knew.

Philippians 2:15 mentions living in a “crooked and perverse generation.” This is further emphasized in Jeremiah 17:9. “The heart is more deceitful than all else, and is desperately sick, who can understand it?” Romans 1:28-32 describes the depravity of humanity. These three passage well describe the present generation. Human nature void of God can be very evil, perverse, sick, deceitful, and depraved. The root cause of this is the sin nature. Nothing is said about this except by conservative Christians. Out of pride, people don’t see this as the basic problem. Sin is rebellion against God and his holy ways. It is manifested in one’s thoughts, speech, conduct, motives, and attitudes. The radical liberals, though, are correct.  Things are going to get much worse. The Bible predicts it.

For anyone who is a Christian and not compromising fundamental biblical teaching in the midst of this perverse generation of  political correctness, moral depravity, and uncivilized mass criminal chaos, it will get increasingly more difficult to walk the “straight and narrow” path of traditional and moral values, biblical doctrine, and godly behavior. It is going to get harder for Christians to weather the “storms” of religious persecution and social rejection. Censoring conservative values and the gospel message of salvation on social media has already begun.

There will also be literal storms, and volcanoes and earthquakes, of greater frequency and intensity, like birth pangs spoken of in Matthew 24:8. The radical left “ain’t seen nothin’ yet” when it comes to God’s supernatural intervention and judgment.

There is a spiritual battle like never before as Satan is making a last ditch effort to prowl “about like a roaring lion seeking someone to devour” (I Peter 5:8). At the same time God is extending his hand of love and grace to anyone who will come to him.

However, in all of these very difficult times, Christians have a huge event to look forward to. “The glorious appearing of our great God and Savior Jesus Christ is the blessed hope we look forward to precisely because Christ appearing in glory will mean the total and permanent removal of sin from our experience, and we will instantly be transformed and perfected” (The Gospel According to Paul, by John Macarthur, page 127).

In the meantime, how should Christians live their lives, and respond in the midst of this present generation? Here are six ways:

1. Realize that we are in a spiritual battle. “Put on the full armor of God, that you may be able to stand against the schemes of the devil. For our struggle is not against flesh and blood, but against the rulers…powers…world forces of this darkness…the spiritual forces of wickedness in the heavenly places” (Ephesians 6:11-12).

2. Be steadfast. “Therefore, my beloved brethren, be steadfast, unmovable, always abounding in the work of the Lord, knowing that your toil is not in vain in the Lord” (I Corinthians 15:58).

3. Contend for the faith. “…contend earnestly for the faith which was once delivered to the saints” (Jude 3). The word “contend” means to struggle to surmount, or to assert something as a position in an argument.

4. Claim verses of victory and protection.

“You will not be afraid of the terror by night…of the pestilence that stalks in darkness, or of the destruction that lays waste at noon…No evil will befall you, nor will any plague come near your tent. For He will give His angels charge concerning you, to guard you in all your ways. They will bear you up in their hands…” (Psalm 19:5-12).

5.” Comfort one another.”  These three words are from I Thessalonians 4:18. The context is the catching up of all believers from the world, in what some Christians believe to  be the rapture.

6. Live above reproach.  “… prove yourselves to be blameless and innocent, children of God above reproach in the midst of a crooked and perverse generation, among whom you appear at lights in the world, holding fast the word of life…” (Philippians 2:15-16).

John Livingston Clark is 67 years of age and lives in central Washington State. He has written two published books, and two published poems. His initial book is called, " God's Healing Hope: Breaking the Strongholds of Wrong Thinking." His second book, released in December of 2016, is a motivational book written to seniors titled, " Seniors: Are You Retiring or Recharging?" Both books are available on amazon. You can also view his writings on www.faithwriters.com. John is available to speak on a variety of topics. Visit me at jclarkministries.com
Previous Has Anybody Seen My Friend
Next Gilded Deceit