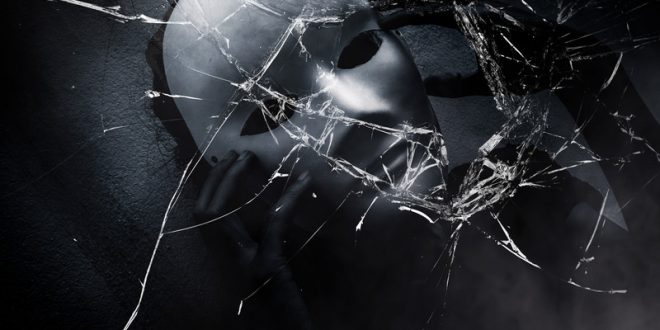 Since the Alt-Right and white nationalism is in the news so much these days, I thought I would share my journey through the white nationalist movement, how I got involved and how I left it.

It all started really when I became disillusioned with liberal Christianity, socialist politics and my drug habit and started to sober up. I was in a militant agnostic mindset at the time, was incredibly depressed and looking for answers as to why the world was the way it was. Then one night I was beaten and robbed by two Aboriginals, and if a police officer had not pulled up half a minute into the beat down I may have ended up in the hospital or maybe even the morgue. This incident made me angry and when I ran into some racists it got me thinking about race and race relations.

The racists I ran into were black Hebrew Israelite’s, they had been standing on a street corner screaming that White people are children of the devil and that God is a racist. I tried engaging in conversation with them, but all they did was scream all the louder, but they got me curious. I went to the library and started looking up racist Christianity and while I found nothing on the Hebrew Israelite’s I did find plenty on Christian identity, which is also known as British Israelism. Christian Identity/British Israelism is a highly corrupted version of Christianity, which essentially states that the European people are the true children of Israel and that the Jews, Blacks and other non-Whites are children of the devil. I was not at all impressed with the theology, but I was fascinated by the politics and started looking at that.

Everywhere I looked I got the same answer-white nationalism is full of evil, racist bigots, what I never got however was a reason for why they believed they way they did, or even what they believed. All I could find in the mainstream was anti-racist propaganda, so I went straight to the horse’s mouth and started reading White Nationalist material. I went and read Mein Kampf, the book written by Adolf Hitler and White Power by George Lincoln Rockwell and everything they said seemed to make sense from the evolutionary perspective. I began to devour White Nationalist material, from the writings of David Lane to the philosophy of Julius Evola, I was a sponge sucking up the White Nationalist worldview.

It all made sense to me, the world is a messed up place because of the conflict caused by race mixing and Jewish control of the media.  So, I threw myself into the online White Nationalist community; for it was here that I found a community that validated my anger. I began posting on white nationalist forums, trolling people in comment sections, went out and put up propaganda posters around my neighborhood and was telling everyone who would listen (and even those who wouldn’t) about the ongoing White genocide caused by massive third world immigration and miscegenation and of Jewish control of the banks and media.

The turning point where I started to drift away from white nationalism came when I read George Lincoln Rockwell’s autobiography, “This Time the World”, where he described how he was a pro-Christian agnostic, that if he were to believe, he would be a Christian. I was neck deep in an angry agnosticism and the biological determinism of Darwinist evolution, but something about that story made me start to re-think Christianity. I moved from angry agnosticism to a pro-Christian agnosticism. I then ran into a street preacher who I got into a conversation with. I told him of my disillusionment with liberal Christianity and all the hypocrites in the church and he informed me that there were plenty of conservative Christians out there and that there is always room for one more hypocrite in the church. I figured church might be a good place to go to recruit people for the white nationalist movement.

So, I went back to my original church and surprisingly enough, they did not kick me out when I would go on about the evils of multiculturalism, or the benefits of a fascist state. The people there just shared the Gospel and welcomed me into the fellowship and over time I became increasingly involved in church life. The deeper I went into church life and the more I learned about the Gospel the more uncertain about white nationalism I became. Then one day I was watching a Billy Graham special and I heard the testimony of a young Black guy who had tried to car-jack a woman at gun point and Billy Graham went on to explain how everyone is a sinner in need of a savior, and the Holy Spirit used that message to break me. I broke down and repented of my sins and the next morning all my white nationalist opinions were gone, I no longer cared about any of the issues, I no longer saw race as a driving force in why the world is so messed up. God literally ripped my white nationalist worldview and all my anger out of me and put in the Gospel in its place. The things that made had made me angry, I no longer even noticed. God had made my personality do a complete turnaround.

I believe it is impossible to be a white nationalist and a Christian at the same time, because they are contradictory worldviews. White nationalism espouses an evolutionary worldview that says biology determines how one will behave, Christianity says we all behave the same way-we sin. White nationalism has no idea of how to fix the world, other than through government intervention and the use of violence, Christianity on the other-hand has the solution, the God-man Jesus Christ. It is in Jesus Christ that all people can be redeemed of their sins and be reshaped into the image of Christ.

As Christians, we need to have patience with the racists on both the Right and Left side of the political spectrum, we need to invite them into fellowship and share the Gospel with them, it is the only way to counter their poisonous worldview. It took over a year of attending church and reading scripture before the Gospel broke through my white nationalist worldview, but it happened because the people of my church had the patience to put up with me and to share the Gospel with me.

How would you engage the Alt-Right? How are you sharing the Gospel with them?

Jonathan Kotyk is a student, self taught philosopher, recovering addict and born again Christian. He has spent time on both the far Left and Far Right side of the political spectrum and lives in Canada.
Previous Heroes Of The Bible: Paul-The Greatest Christian To Ever Live
Next A Forgotten Little Boy and the God Who Never Forgets