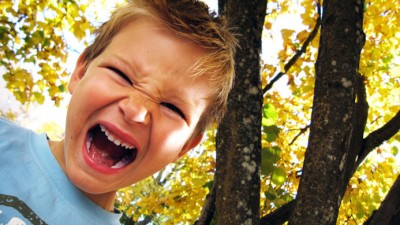 Election 2016: Making Sense of the Nonsense

I haven’t written any articles in awhile, but when I do, politics is one of my least favorite things to write about.  It often ends up being childish bickering and when someone does take a stand on something, they are criminalized by the other party.  Regardless, I’m going to set aside my usual reluctance and share what I’ve felt the need to say about the 2016 Presidential Election.

It is my belief that effective politics requires cohesiveness, but right from the get go we create a competitive environment, each side determined the other is wrong.  It’s like asking two football teams who is going to win their big game.  Of course they’re each going to reason themselves as the probable winner.  It doesn’t matter if one team is significantly better.  The other team looks for a weakness. We do something very similar in politics.  The candidates are more concerned about beating each other than in coming up with policies that work.

What if we eliminated the party system and created a “good idea” system where people work together to help solve problems and progress?

Almost every campaign has a slogan.  For Obama it was “Change.”  Trump’s is “Make America Great Again”.  But what do these catch phrases mean?  Sometimes “change” can be a bad thing and great things don’t always turn out as expected.  Another thing to consider is that we have to look beyond ourselves and some of our biases. For example, many people don’t like a candidate because they support the LGBT community.  This has become a hot issue.  Even if you don’t agree with a group such as this, they deserve certain freedoms, as long as they don’t violate moral values. It doesn’t necessarily mean you approve of the lifestyle, but it does mean that you want them to be healthy and well.  Let’s face it, if we were denied certain freedoms because of choices we’ve made, every person in this country would be in trouble.

Weighing things carefully is also important.  I hear of many people voting for a candidate because of one issue; it’s often abortion.  Yes, I think it’s horrible when a baby loses its life.  Yes, I also believe that women should be able to make health related decisions.  However, when death is involved, maybe it’s something to reconsider.

I used this as an example to make a point.  We can vote for a candidate because they are pro or anti-abortion, but what about everything else?  We’ve voted in lots of politicians who are anti-abortion and almost nothing has changed.  They are fighting, but we have to remember there are so many other important issues that need to be considered as well, such as terrorism, foreign trade, immigration, farmers and our veterans.

Choose wisely.  We can make bad decisions with good intent, or we can also make wise decisions based on biblical principles.  Remember, if God had not allowed for a leader to take power that was killing babies, Moses would not have been sent down the Nile, then go on to set the children of Israel free.  It might not have seemed fair when it happened, but God used it for His glory.

Romans 8:28 And we know that all things work together for good to them that love God, to them who are the called according to His purpose.

This doesn’t mean vote for candidates with bad ideas, but rather use God’s wisdom before you punch that ballot.

I think all of the candidates have “potential”, but that doesn’t mean they are ideal.  God can work in, and through, any of them to bring His will to pass.  Remember, it is by His ordinance that anybody shall be able to lead.

Romans 13:1 Let every soul be subject unto the higher powers. For there is no power but of God: the powers that be are ordained of God.

It is my personal opinion that all the candidates have some idea of how to lead.  However, there are some I have serious reservations about.  They have erratic behavior or lack accountability.  Do we really want to elect a candidate whose biggest strength is getting in the best insult?  Not me.

I want a candidate who is able to conceptualize problems and formulate solutions with others.  I don’t really care if you think another candidate is a “stupid head” or doesn’t know how to comb his mustache.  I care about whether they are willing to sit down and hash out solutions that will improve this country and keep us safe.

Maybe their ideas will fail miserably, but we don’t know that yet.  We also don’t want a candidate to try to establish a way to stop Isis, then when he/she speaks with the leaders of the middle eastern countries, insults their camels and tries to take an unsavory picture of one of their favorite wives, then post it on Facebook. This isn’t how adults are supposed to solve problems.  In fact, this is how adults create worse problems.

Another thing, it’s horrible that our candidates have to try and antagonize one another.  Why?  What’s the point?  If your policies are better, shouldn’t you stand on that?  Also, it’s not a deal breaker to me because someone retaliates to something.  I would probably do the same thing if I felt irritated.  Now if you know someone is “thin skinned” about these things, then simply don’t do it.  This is what we tell children and we should set an example.

Don’t listen to all the propaganda coming from the media.  They are trying to “stack the deck” by scaring people or making voters feel like they are wasting their time supporting a candidate.  If it’s in your heart, follow it.  God will lead you.  Even if your candidate doesn’t  win or they make mistakes, it’s okay.  Our knowledge of the future is limited and it’s okay to take a chance on someone, even if there is a good chance they won’t win or lack the success we had hoped.

Guess what?  God loves Trump, Clinton, Sanders, Cruz, Kasich and anybody else who thinks they should be president.  He knows each of them better than any of us do.  This doesn’t mean they will, or should, lead this country, but Jesus died on the cross many years ago because He knew they would make mistakes just like you and me.

Romans 3:23 For all have sinned, and come short of the glory of God.

Let’s approach these elections with hope for this country and try our best to accept the path which God will allow to unfold.  Who knows, God may allow the worst candidate to be elected because it will lead to something more glorious than we had considered.  Maybe, just maybe, God will take something ugly and turn it into a glistening gem.  He has been known to do that kind of stuff on occasion.  Thank you for reading and God bless.

What are your thoughts on the upcoming election?  What issues are you most concerned about?

Joel M. Bauer is a 45-year-old U.S. Army Veteran from Dunn, NC, which is just outside of Raleigh. After being honorably discharged from the U.S. Army, he attended school at Taylor University, a Christian liberal arts school, in Fort Wayne, IN, where he received his BS in social work and psychology. He has worked in such places as a homeless shelter, a community based treatment center for severe mental illnesses, a school for troubled students, and other social service agencies. His current endeavor is to build The Bottom Line website into a site that inspires both Christians and non-Christians alike, and brings glory to God.
Previous Rejoicing In Difficult Circumstances
Next Bible Translators Must Keep The Truth In Scripture