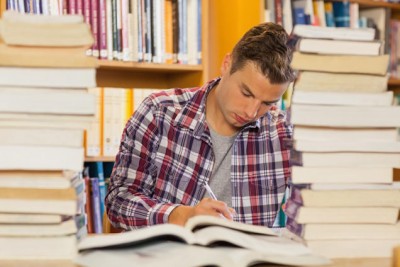 Bible Translators Must Keep The Truth In Scripture

A recent headline caught my attention: “Bible Translators Making The Scriptures More Acceptable To Appease Muslims.” In this article it was stated that Wycliffe Associates will not be renewing its affiliation with Wycliffe Global Alliance, consisting of over 100 translators because, according to Bruce Smith, president of Wycliffe Associates, there has been an “ongoing debate over the language used to describe Jesus and God. For Wycliffe Associates, literal translation of Father and Son of God is non-negotiable.”

Tom Olago, the writer of the above article, stated in response that “Muslims have a different understanding of who Jesus is and would find any reference to Him as diety…both confusing and offensive…” There is also the controversy of using Allah to refer to God. Olago asks a very probing and convicting question; “Will there be ‘true converts’ from Islam to Jesus Christ, or mere converts to an Islamic version of Christianity?”

Why are some translators giving in to the beliefs of Islam? Not only do they have a different view of Jesus Christ, but so do the Jews, the Mormons, the Jehovah’s Witnesses, and the list could go on and on. Is this another sign of the end times-the falling away from the faith once delivered to the saints?

Christianity is offensive to many people. I Corinthians 1:18 says, “For the word of the cross is to those who are perishing, foolishness, but to those who are being saved it is the power of God.” People take offense at this message because it means that humanity has a sinful and fallen nature in need of redemption. The biblical message of salvation is that we are saved by grace, and it is not possible to earn or merit one’s way to heaven. This does away with pride. Many people do not like that and are offended by it. This is the real issue.

Many sects and cults have different teachings about Jesus and God, but Isaiah 45:21 rejects these numerous man-conceived ideas, saying that “there is no other God besides Me, a righteous God and a Savior; there is none except Me.”

One can only imagine how difficult it must be to translate scripture in a way that is understood by a particular culture, however, the message of salvation must never be tampered with, because “all scripture is inspired by God…”(II Timothy 3:16) and “no prophecy of Scripture is a matter of one’s own interpretation…but men moved by the Holy Spirit spoke from God”(II Peter 1:20-21). The Bible gives severe warning in Galatians 1:9-10, and Revelation 22:18-19, to those who “change” the message of scripture.

Biblical truth must not be altered in any way, shape, or form, to suit the Muslims, or any other group for that matter. Instead, the Muslims need to accept the message of salvation of grace through faith, and that God loves them so much that he sent his son, Jesus, to die on the cross for their sins and rose from the dead that they might have eternal life. Interesting enough, the Muslim understanding of God is not one of love, so why would they find offensive the teaching that God is love?

Bible translators must stick to the main message of salvation, no matter how difficult it may be. The Holy Spirit brings people to see the truth. To not do so is preaching a different and distorted gospel, contrary to what the Bible teaches. There are many Muslims turning to Jesus as their Lord and Savior, and that has happened as a result of a refusal to compromise the biblical message of salvation.

Why do you think there is so much “accomodation” to the Muslims?

John Livingston Clark is 67 years of age and lives in central Washington State. He has written two published books, and two published poems. His initial book is called, " God's Healing Hope: Breaking the Strongholds of Wrong Thinking." His second book, released in December of 2016, is a motivational book written to seniors titled, " Seniors: Are You Retiring or Recharging?" Both books are available on amazon. You can also view his writings on www.faithwriters.com. John is available to speak on a variety of topics. Visit me at jclarkministries.com
Previous Election 2016: Making Sense of the Nonsense
Next Campus Voices: Choices Our Students Must Make