Breaking News
Home / Politics / If Government Is To Keep Order, Why All The Chaos? 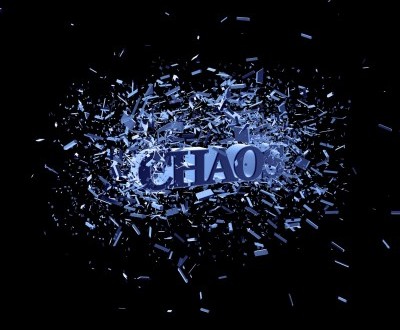 If Government Is To Keep Order, Why All The Chaos?

Authorities–the earthly “powers that be”–isn’t their purpose to maintain order in this world filled with sinful people roaming the earth? Laws are established to create civilized societies, yet we are driving 100 miles an hour toward a world of barbarism. Instead of establishing and keeping order, many appointed and elected to positions of authority are doing just the opposite. Increasingly we are hearing instances where our judges and elected officials are engineering a culture of chaos and disorder.

It is easy to blame the people in those positions of authority, but ultimately we in America live in a representative government. Is it really their fault? We the people govern our nation. We the people choose those individuals who will make our laws, defend our freedom and protect our rights as citizens.

Are we the people not the ones responsible for choosing leaders based on our own personal agendas, preferences, or party affiliations? Have we prayed before voting for wisdom and guidance–not looking at the outward appearance but looking at the heart? Do we choose our candidate merely based on how they look and carry themselves, how eloquent they speak … or whether or not they promise to give us what we want?

Matthew 23:28 “You appear, at first blush, to be righteous,selfless, and pure; but on the inside you are polluted, sunk in hypocrisy and confusion and lawlessness.” The Voice (VOICE)

We the people have repeatedly voted in favor of our individual rights with no regard for the good of the natio–or for “good” at all. We the people have repeatedly voted for self-seeking representatives lacking integrity. As a result, we see the chaos and confusion increase. The principles of the United States of America are based on individual liberty–but not without regard for what is beneficial for the nation. Chaos and disorder are chipping away at the foundation of our nation, slowly destroying everything that many have fought and died to preserve. Below are just a few of the issues and examples of the chaos, confusion and the large and small scale problems that have accompanied them:

It’s a fetus–not a human being, “My Body, My Choice”–(unless you’re an unfortunate pre-born choosing to live), Prosecution for pregnancy addiction (harmful for baby), Abort baby while addicted–no prosecution, Bio-ethics–medical research vs. human dignity, Murder and suicide both illegal, Euthanasia -“assisted” suicide, legalized in some states

This is a “short” list of the confusion we are creating in our own society. As a society founded on Christian principles, is this the road we want to continue traveling?

What do you see as America’s trajectory? What can you do, as a Christian, to alter our course?

Melinda is currently the worship leader at her small church in rural America. Married for 23 years, she and her husband Larry have one son. She is the Director of Mailing in the print/mailing industry by day and freelance author by night. Her desire to write is a passion borne from tragedy. God used it to take her faith to a much deeper level. Melinda is a freelance writer and member of FaithWriters. She joined the TBL team in March 2014. Believing we are citizens of a greater ‘kingdom,’ her articles for The Bottom Line examine governmental responsibility, citizen involvement and current political topics. With the great wisdom contained in scripture as her guide, she looks at today’s political environment from a Biblical perspective. She prays her words will prompt the reader to view citizenship - and every aspect of their life, through the eyes of faith. Col 3:17 To read more of Melinda’s writings on her faith, hope, and life visit her blog Still Living Still Loving or her page at Faithwriters.com. You can also follow her on Twitter @MKZbk.
@@MKBzk
Previous Our Hope: Self Help or His Help?
Next Is God Judging Iran?