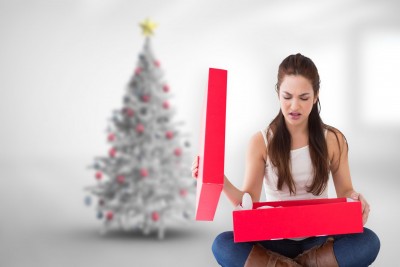 Last month a young college woman wrote an op-ed piece describing the details of her plight to be “taken seriously in an age of subtle sexism.” The article revealed, perhaps more than she realized, why that may be happening.

I have to wonder, when did we start raising a generation of whiners? There is a multitude of injustices and challenges that come with living in this fallen world. Real ones. Tragedies of drug addiction, terrorism, human trafficking, poverty, injustice … and indifference.

This young woman’s challenges, however, are an indication of how far down the road we’ve traveled to self-indulgent narcissism. It is also an indication of the prevalence of “victim identification.” She makes several gender-identifying statements as she refers to the scenarios that she uses to describe her “struggle,” which is that she is a reasonably attractive, physically fit, relatively smart, woman. Her trouble seems to be that she is uncomfortable with her own appearance and has not figured out how to deal with a compliment from her classmate who “identifies as male.”

The statement, “You can’t be pretty and smart,” is not sexism. It is a guy being a guy, trying to give a person, “identifying as female” a compliment. Why is everything perceived as an insult?

Whatever happened to “I am woman hear me roar”? That song, re-written for today would be, “I identify as female, listen as I whine and wail … ”

Coupled with this oxymoronic movement, is this promotion of gender-identity gobbly-gook nonsensical language.

If asked how I “identify,” my response may confound the politically correct adherents of today.

1 Peter 2:10 “Once you had no identity as a people; now you are God’s people. Once you received no mercy; now you have received God’s mercy.” (NLT)

A woman, a wife, a mother, and a daughter–these are roles that I fulfill. Though over the age of 50, it’s okay with me if I am referred to as a “girl” because, well … I’m not a guy. To be insulted would imply there is a reason that I should be offended. There isn’t. God created me the way I am, female. It is defined by my DNA. That is what I am. Does the manner in which I “identify” myself matter in comparison to how God created me? Yes, it does. Our ID’s change throughout our lives as do our physical characteristics. Blake, the author, tells us she eventually “grew into her ears.” I am content growing into the person God created me to be.

Carly Fiorina often repeats her mother’s words of advice. “Your life is God’s gift to you. What you do with it is your gift to God.

Imagine Christmas morning and the anticipation of watching your child open the very special gift you made for her. Now imagine the pain of seeing her look of disappointment or worse yet, her disdain. It’s not the right color, or size, or made to his liking. Maybe she sees no value in the gift she’s received. The gift is returned. “I just don’t have any use for this.” The underlying message is “I want something better.”

Would you apologize then submit a quick order for something mass produced? Or would you be disappointed and hurt by your child’s insensitive and selfish behavior? It must break the heart of God every time He sees His children unhappy with the gift of their own very unique gift of life–because they don’t “feel” like it is what they were meant to be, or they can’t identify with who or how God created them to be.

How disappointed He must be when His children want to redesign, repackage, misuse or abuse His gift to them.

I may not fully understand why God created me the way He did. But when I surrender to His will for my life, my identity is made known.

I am a wife, mother, daughter, and child of God. I love work, sing and write for His glory because #IamChristian.

I identify as a follower of Jesus Christ.

Are you struggling to discover your identity? If so, what is your identity crisis? Why not look to the one who created it?

Jesus Christ will show you who He created you to be.

Melinda is currently the worship leader at her small church in rural America. Married for 23 years, she and her husband Larry have one son. She is the Director of Mailing in the print/mailing industry by day and freelance author by night. Her desire to write is a passion borne from tragedy. God used it to take her faith to a much deeper level. Melinda is a freelance writer and member of FaithWriters. She joined the TBL team in March 2014. Believing we are citizens of a greater ‘kingdom,’ her articles for The Bottom Line examine governmental responsibility, citizen involvement and current political topics. With the great wisdom contained in scripture as her guide, she looks at today’s political environment from a Biblical perspective. She prays her words will prompt the reader to view citizenship - and every aspect of their life, through the eyes of faith. Col 3:17 To read more of Melinda’s writings on her faith, hope, and life visit her blog Still Living Still Loving or her page at Faithwriters.com. You can also follow her on Twitter @MKZbk.
@@MKBzk
Previous The Day Reading Died
Next Is Weakness A Gift?