Breaking News
Home / Politics / The Bible Has Been Labeled “Unsuitable” 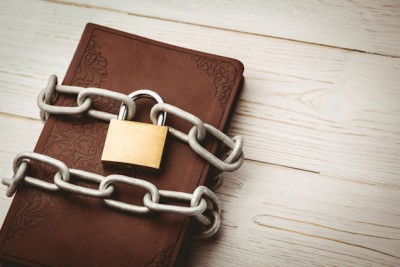 The Bible Has Been Labeled “Unsuitable”

What many Christians believe to be the inspired Word of God is now sixth on a list of 10 books considered to be “…most challenged and called to be banned in libraries,” in the words of Christian Post reporter, Stoyan Zaimov, because of its content and appropriateness. It has been judged alongside books like “Fifty Shades of Grey,” and ‘Two Boys Kissing.” Ken Hamm, of the Answers in Genesis organization, said that “authorities are saying that the Bible itself is not suitable for people.”

It is a sad and disturbing day in America when certain individuals are putting the Bible on the same level as the above-mentioned books and others like them. While the Bible is, indeed, full of evil and immoral acts all through the Old Testament, non-believers don’t realize, or maybe don’t want to admit, that it is a reflection of the human heart in need of redemption by God. The Old Testament is history, and history of humanity’s rejection of God, but history, nonetheless. Are people going to reject history books just because they don’t like the content?

At the same time the people who are voicing complaints about the Old Testament, there is a failure to recognize the saving grace of God and his Son, Jesus, woven all through scripture. They don’t consider the Bible relevant for today, yet it doesn’t take a sociologist to know, to use one example, that if everyone lived by the Ten Commandments society would be much better off. They don’t know about all of the lives that have been redeemed and transformed by the power and truth of the Bible. It is because people have rejected it that we have so many problems today. And so, in their ignorance, they consider the Bible to be just another book, but not one worthy to be in a library. Isn’t that ironic, considering the fact that it has continued to be the best selling and most translated book through the centuries.

Christians must pray, and take action, to ensure that the Bible remains on our libraries’ shelves. We must stay informed. If we don’t, this could be one step closer “…due to the rising tide of secularism…before the Bible is publicly banned,” responded Ken Hamm.

On a more positive note, there are millions of Christians across America who have hidden the Word of God in their hearts and whose lives have been radically transformed by its message. They are the salt and light of this nation, standing for righteousness and truth, who can testify to the teaching of Psalm 119:105. “Thy word is a lamp to my feet, and a light to my path.” What can YOU do to help the Bible remain in our public libraries?

John Livingston Clark is 67 years of age and lives in central Washington State. He has written two published books, and two published poems. His initial book is called, " God's Healing Hope: Breaking the Strongholds of Wrong Thinking." His second book, released in December of 2016, is a motivational book written to seniors titled, " Seniors: Are You Retiring or Recharging?" Both books are available on amazon. You can also view his writings on www.faithwriters.com. John is available to speak on a variety of topics. Visit me at jclarkministries.com
Previous On Marriage, In Sickness and In Health
Next Never Deal With Difficult People Again