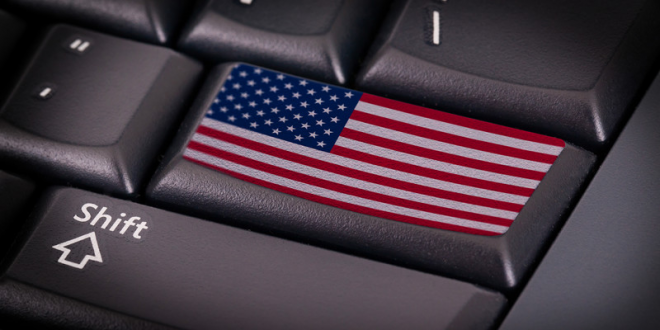 You wouldn’t believe what has happened to America! People are doing all kinds of evil, diabolical, no good things! They are lying, stealing, and causing havoc everywhere. Oh my, can you believe it? The nerve of them to act like neanderthals from the Stone Age! They must all be racist, communist, misogynist haters who want to destroy America!

Does this sound familiar? If anybody has watched the news or even engaged in some political banter with someone, you’ve probably heard remarks being wielded that are very similar. I know I have. In fact, over the past couple months, I couldn’t tell you how many times I’ve been called horrible names like “racist” or “mentally ill” because I try to reason with people that there is hope for our country if we get beyond our differences and work together.

Yes, I said it. I mean, why not? Like it or not, Donald Trump will most likely be our president for the next 4-8 years. It doesn’t matter if we love him or hate him. This is it. This is the man who will be leading us into some of the most crucial years in the great history of the United States of America.  Now let me ask you a very important question…

Will Donald Trump be more successful in leading us into the future if we put aside our differences and get behind him or will we be better off insulting him and everybody else?

The truth is, Donald Trump is one of God’s creations just like you and me. He has made mistakes all his life, but he has also done a lot of things right. Isn’t the same thing true of all of us? Haven’t we all made our share of mistakes along with our successes? Have you ever used poor judgment concerning money or the opposite sex? Finally, do you remember what Jesus said to the scribes and Pharisees who sought to stone the woman accused of adultery? Please allow me to share as a reminder:

John 8:7 So when they continued asking him, he lifted up himself, and said unto them, He that is without sin among you, let him first cast a stone at her.

I wholeheartedly believe it wasn’t about whether the women did or didn’t act sexually immoral. Jesus was more concerned about her as a human being who wanted to live and have a meaningful future. Plus, Jesus saw the trap that was being set by the accusers, and the best way to disarm a trap is to reverse its mechanism. In this same matter, Jesus reversed the accusations of the men so that they had to judge themselves by the same standard they were accusing the woman.

One of the things people are ranting about is the voting system. Some are appalled because of Hillary Clinton losing the election after receiving the popular vote, and others are disregarding it because Donald Trump swept nearly all of the counties across the United States. There are so many ways to spin popularity, but all this spinning is just making people dizzy. There was a system in place that both candidates were aware of and it worked out in Trump’s favor. Lots of people voted for each candidate, and I think it would be fair to say that many of us passionately voted for “our candidate” knowing that it could have went either way.

In comparison, let’s think of it like a football game. You can have the best stats, but still lose if your opponent has a better strategy and makes better adjustments to give themselves an advantage. Sure, sometimes a referee makes a bad call that affects an outcome, but usually people are content with the outcome, regardless of stats, as long as the scoreboard accurately reflects who scored the most points.

There is one thing we need to consider though. Trump got a single vote that most assuredly guaranteed the win. Every leader in the history of our planet is ordained by God. It doesn’t matter which one, good or bad, they all must fall within the will of God for them to be there. Even the very leaders who sentenced Christ to death were ordained. If you don’t believe me, just take a look.

Romans 13:1 Let every soul be subject unto the higher powers. For there is no power but of God: the powers that be are ordained of God.

Even Jesus attested to this in regards to His own trial and crucifixion:

John 19:10-11 Then saith Pilate unto him, Speakest thou not unto me? Knowest thou not that I have power to crucify thee, and have power to release thee? Jesus answered, Thou couldest have no power at all against me, except it were given thee from above: therefore he that delivered me unto thee hath the greater sin.

Again, whether we love or hate Donald Trump, we should still accept that he was chosen to lead our nation. Not just by the American voters, but by God as well who ordained him to be put in this position.

When you are holding a camera and you aren’t seeing the desired picture, what is it you need to do? It’s simple. You adjust the lens and refocus. As American citizens, and even just as passionate human beings, we need to do the same. When we can refocus our anger, distrust, and willingness to work together, we have an exceedingly better chance of creating a better picture of what most of us truly wish for America. We are not the but rather the United States of America. This is what our forefathers wanted. Documents such as the Declaration of Independence and the U.S. Constitution were not written so that we could be at odds with one another, but rather so that we could have a free and orderly existence united together. So what is it you want? Do you want to be the piece of the puzzle that fits or a missing piece that upsets the picture as it was meant to be?

Friends, God loves us all. It doesn’t matter whether you are a democrat, republican, male, female, or even someone from another country who feels strongly about our nation. It is God’s will that we are united together. Remember, He is the True Vine, and we are the branches. The Vine is what nourishes us. If a branch disconnects from that Source, it will certainly wither up and destroy itself. Let’s avoid that horrible fate and learn to refocus on the things that matter most. Thank you for reading and God bless.

How do you feel about the United States? What can you do to help keep us united?

Joel M. Bauer is a 45-year-old U.S. Army Veteran from Dunn, NC, which is just outside of Raleigh. After being honorably discharged from the U.S. Army, he attended school at Taylor University, a Christian liberal arts school, in Fort Wayne, IN, where he received his BS in social work and psychology. He has worked in such places as a homeless shelter, a community based treatment center for severe mental illnesses, a school for troubled students, and other social service agencies. His current endeavor is to build The Bottom Line website into a site that inspires both Christians and non-Christians alike, and brings glory to God.
Previous Making Big Decisions Based Upon Faith
Next Even The Most Evil Of Us Can Be Forgiven