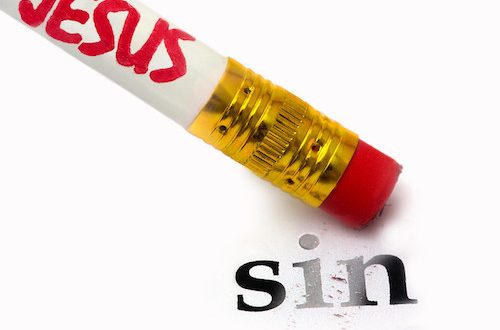 Even The Most Evil Of Us Can Be Forgiven

The other day I was talking with an atheist who brought up a “study” that says Christians have had more abortions, are the largest religious segment of the prison population and have high rates of pornography addiction. He was trying to claim some kind of moral high ground, but I found it hilarious that he was trying to discredit a religion based on the forgiveness of sins by saying it was full of sinners. I informed him that the church is made up of sinners who have repented, that we all have done wicked things and been forgiven by Jesus.

1 Corinthians 6:9-11 “Or do you not know that the unrighteous will not inherit the kingdom of God? Do not be deceived: neither the sexually immoral, nor idolaters, nor adulterers, nor men who practice homosexuality, nor thieves, nor the greedy, nor drunkards, nor revilers, nor swindlers will inherit the kingdom of God. And such were some of you. But you were washed, you were sanctified, you were justified in the name of the Lord Jesus Christ and by the Spirit of our God.”

I find it amazing, the people Jesus chooses to build up and fill His church. His apostles, for instance, included Simon the Zealot who was a political terrorist and religious extremist and Matthew who was a tax collector, a job that involved strong arm extortion.

And what about Paul? Before he was the apostle to the gentiles, he was a persecutor of Christians only to have an extreme encounter with Jesus. He went on to become the most influential Christian in history and wrote most of the New Testament. Jesus choose these far from righteous men to be some of the first leaders in the church and the first to proclaim the Gospel. And they all suffered martyrdom for it.

Down through history, the individuals who made up the church were, frankly speaking, the worst kinds of people. They were drunkards and drug addicts, adulterers, wife beaters, murderers, thieves, racists, gambling addicts, slave traders, liars … All of whom repented and every one, no matter how bad they were, received the mercy of God’s forgiveness.

The mercy and forgiveness of Jesus Christ is literally open to everyone regardless of what they have done. For instance, I learned a while ago, that the notorious Jeffrey Dahmer repented and was baptized while in prison. Jeffrey Dahmer was a homosexual, a serial killer, a necrophiliac and a cannibal. Yet even someone as sin-sick as him found salvation in Jesus Christ.

Jesus chose to offer forgiveness to one of the most evil people in history and that offer was taken. Truly the grace of God knows no boundary and is open to everyone willing to hear the words of Jesus and open their hearts to the message of the Gospel.

When we repent and accept Jesus Christ as our Lord and Savior, we are cleansed of our sins and made righteous in the eyes of God. On the cross, Jesus took our rightful punishment for us. He suffered the pouring out of the wrath of God for us, so that justice could be satisfied and the mercy of forgiveness might be open to all. As our sin is laid on Him, His righteousness covers us and we are made to be seen as holy in the eyes of God.

Isaiah 53:5-6,11 “But he was pierced for our transgressions; he was crushed for our iniquities; upon him was the chastisement that brought us peace, and with his wounds we are healed. All we like sheep have gone astray; we have turned—every one—to his own way; and the Lord has laid on him the iniquity of us all…Out of the anguish of his soul he shall see and be satisfied; by his knowledge shall the righteous one, my servant, make many to be accounted righteous, and he shall bear their iniquities.”

No matter what you have done, no matter what stage of life you are in, you can find forgiveness and be set free of the sins that weigh you down. That is the message of the Gospel–Jesus Christ, the only begotten Son of God, died for us on the cross and rose from the grave proving that our sins are forgiven and that we can be set free.

Have you been set free? Who do you know who seems so far from God that it’s impossible they might be saved?

Jonathan Kotyk is a student, self taught philosopher, recovering addict and born again Christian. He has spent time on both the far Left and Far Right side of the political spectrum and lives in Canada.
Previous The Key to Making America Great Again
Next The Most Important Decision You Will Ever Make