Breaking News
Home / Politics / Where Do We Go From Here? 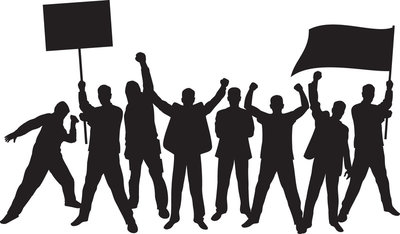 Where Do We Go From Here?

We could literally not watch the TV or read the newspaper for a week, and yet the same stories, from the same viewpoints, will still be the mainstays of the news of the day.

Start with Ferguson, Missouri.  This is a very sad plight.  It puts our country to shame.  To see Americans behave in such lawlessness, with no regard to right and wrong, is disheartening at best.  And when I say right and wrong in this context, it is not the who was right and who was wrong pertaining to Michael Brown or Officer Darren Wilson.  It is about responding to events and situations in a right way, or a wrong way.  It is about personal and corporate responsibility.

Change cannot be effected when chaos reigns.  And it is reigning not only in Ferguson, but in the hot pockets of protests and demonstrations across the entire United States.  Add to the Ferguson story the Eric Garner epic.  Yes, I say epic, simply because the facts are different, and the story played out much differently than the one with Michael Brown.  Yet the reaction is the same, and perhaps even more vehemently than in Ferguson.  And there is no end in sight, just as in a true epic novel or movie.

It seems that our government is enjoying a huge part in playing the race card in both issues.  And this is not the first time.  Remember the Trayvon Martin case?  Immediately our president and the justice department made it clear to all who would listen that this was a hate crime.  There had been no inquest, no initial hearing, no reporting of anything more basic than the first reports of the tragedy.  And yes, no matter what the cause, this entire case was a tragedy.  More than that, it was a travesty.  Just as with the Brown and Garner cases, hatred between people is the one thing that will forever be remembered about all three of these occurrences.

So while people are even tonight staging ‘lie-ins’ at Wal-Mart and Macy’s, and anywhere that they can claim the public’s attention, what does any of this grandstanding gain for any of the people involved?  Nothing good.  Because hate begets more hate, and misunderstandings grow larger.  Distrust becomes no trust at all.  And lawlessness causes the innocent to become victims.

In Ferguson, those who burned businesses were victimizing the very people on whose behalf they were supposedly committing these acts.  One lady, who lives in the same neighborhood, had a thriving antique business.  It was her life’s dream.  But those who were so upset with how the police treated people in their neighborhood were the very one’s who stole her dream that very first night.  How does that help their cause?  How does becoming a criminal resolve any of the feelings, the fears, of those who genuinely are concerned with race issues?  It does nothing to further justice on their behalf.  It only gains more suspicion and distrust of those same people.

Not listening to both sides of any issue results in discontent.  And not trying to come together in an orderly manner to address the issues, and discover if they are real or imagined, will only bring glory to satan.  Let us follow the lead of Christ and work together wherever we can to heal the wounds and rebuild the growth our country had once achieved.  THAT is where we can go from here.

Lili lives in central North Carolina. She writes devotionals and Christian articles and has been published in e-magazines, newsletters, and articles. She is a member of Faithwriters.com. She and her husband Chuck love to travel, and are animal lovers as well. They are active in their local church. Lili credits God for any inspiration that allows her to write. It's all about Him!
@@ohiolili
Previous Cold and Homeless with an Attitude of Gratitude
Next Who’s The Judge?