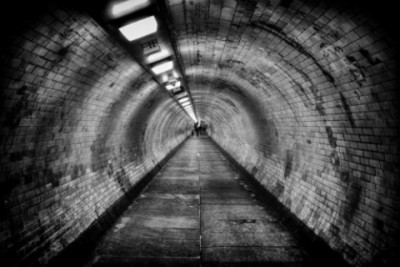 Anger. Frustration. Embarrassment. Betrayal. The words flashed across my heart like a neon sign in rapid succession. I knew the problem was mine to fix, but my initial reaction was anger. Why should they care? How is it their business? Who made them the judge?

Like a ship warring on the sea, my feelings rocked back and forth through the emotional torrents. Trying to gain my composure, I sent out an SOS for prayer to calm my heart, which was beginning to crust over out of frustration and bitterness.

Peace came in spurts as the battle marched on. I knew I had to let the Holy Spirit gain control over my raging reactions, but my mind continued to remind me of the unjust act that had just taken place.

“Stop!” I screamed the words out of my head. Jesus, take these thoughts captive. I no longer wanted to carry the burden of resentment.

Like David, I began to cry out to God trying to understand how the role of judgment had switched from God to man.

These days it seems as if people are so concerned about what their neighbor is doing wrong that they forget to take a look in the mirror before placing a judgmental perspective upon one another.

Somehow people have managed to find a way to look past their own log stuck between their eyes and narrow in on other’s flaws instead so that their mistakes become diminished in comparison to their neighbor’s.

When exactly did man become the judge between what is right and wrong, what is just and unjust. It all started in the garden when the two decided to adhere to the evil lie:

“You will not surely die. For God knows that in the day you eat of it your eyes will be opened, and you will be like God, knowing good and evil.” (Genesis 3:4-5)

From that day forth, man/woman, decided that they themselves could be just like God.

It is in our sinful nature to look at the wrongdoings of others before we take an internal look into our own hearts. That is why we must have the Holy Spirit within us to keep us in the right perspective and to allow God to be God.

It took a few days for my emotions to work through my system so that the Holy Spirit could reign and not my own bitter resentments. With a few adjustments not only to resolve the underlying issue to which I was called out on, but also the tweaking of my heart had to take place.

I am so thankful for God’s endless patience and forgiveness that He offers to us on a daily basis. May He be glorified through this situation and not the ones attempting to be the judge.

is an author and editor for The Bottom Line Ministries as well as a member of Faith Writers. Currently she teaches high school language arts. She is a mom to four amazing blessings and enjoys every moment life has to offer. Renee has a fervor and drive to learn, she loves to read and spend time with her family, and is involved with her local church ministries. Humbled by God’s gift of words, she has a passion to write what the Holy Spirit has placed in her heart. She hopes to publish her in-progress book someday, but in the meantime, is honored to be placed as part of the TBL writing family and is holding on to the ride wherever God is leading. Renee and her family reside in their country home in Holland, Iowa.
Previous Where Do We Go From Here?
Next A Shoebox Love Story