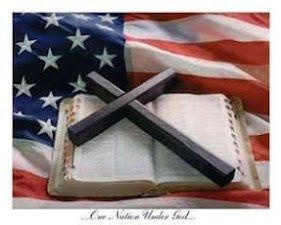 These days it seems our nation (and many Christians) is more polarized than ever. So, one may wonder, whose side is God on, anyway?

Democrats claim to be for the little people, the poor, and the disenfranchised. They like to spend lots of taxpayer dollars helping out the less fortunate. Then, surely Jesus is a Democrat, because he told his disciples, if you clothe the poor, visit prisoners and offer a drink to the thirsty, you’re doing it for him (Matthew 25:40).

Republicans are touted as the party of the rich and uncaring. They feel people should take more responsibility for their own lives, promote working over welfare and favor smaller government. Paul wrote if a man won’t work, then he shouldn’t eat (2 Thessalonians 3:10). And the Proverbs are filled with admonitions to work hard (Proverbs 12:14, Proverbs 14:23, Proverbs 21:25 for a few examples). So, surely Jesus favors Republicans.

In his second Inaugural Address, Lincoln spoke of the same dilemma as the northern and southern states warred against one another. He said, “Both read the same Bible and pray to the same God, and each invokes His aid against the other.”

So, does God favor Democrats who claim to be more compassionate and favor bigger government, or Republicans who feel people should be more self-sufficient with less need of government?

Just before the Battle of Jericho, Joshua met an armed stranger.  He asked the man, “Are you for us or for our enemies?”

God is very clear that he doesn’t think like we do, nor does he plan the way we think he should plan (Isaiah 55:8, 9). It’s our job to line up with his plans, not the other way around.

Jesus prayed, “Thy will be done in earth as it is in heaven” (Matthew 6:10. So what does that mean?

All heaven revolves around God, his perfect will and his perfect love. Jealousy cannot survive in his presence. Nor can pride, or selfish ambition.

Imagine a world without greed, pride, self-promotion and ruthless ambition. Imagine the Body of Christ without intolerance, pride, jealousy and self-promotion.

1 Peter 4:17 states God judges his people before he judges the lost. So, before Christians can hope for world peace, we must pray for “Body of Christ” peace. To obtain “Body” peace, I must judge my own goals, motives and ambitions and no one else.

Suddenly “peace” becomes very personal. I must seek peace with God, then my family, my neighborhood before I can hope for peace in the world. I must make sure my own heart is pure.

Whether I vote the Democrat, Republican or Independent ticket, my first goal is to vote the God ticket: “As for me and my house, we will serve the Lord (Joshua 24:15). World peace starts with me, in my own heart.

Passionate about worship. Passionate about Christians knowing who they are and whose they are and coming into the fullness God expects. Hosted 10 foreign exchange students and love to immerse myself in other cultures.
Previous Fear Not and Do Not Be Afraid
Next Bad Bosses