Breaking News
Home / Politics / Who’s To Blame For My Sin? 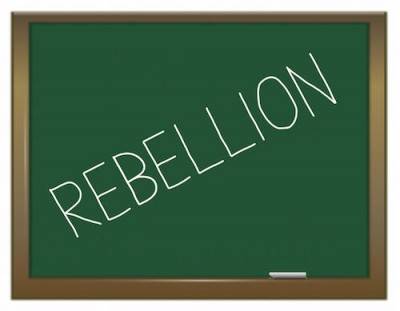 Who’s To Blame For My Sin?

On October 26, 2015, in a South Carolina high school, a student decided to break a relatively minor classroom rule, but a rule none the less–she took her cell phone out during class time.  When required to surrender the phone, the student doubled, even tripled, her trouble by choosing to exempt herself from obeying the teacher. Two persons in higher levels of authority were summoned to support the teacher.  Neither of the additional authorities were given the respect, honor and obedience due them.  It is a shame that agents of authority are daily stripped of that authority which is given them to insure justice is done and that our society remains civilized. (Romans 13:3)

The news coverage on the incident stated the girl was given choices by more than one person in a position of authority: the teacher, the administrator of the school and then the police officer.  The verbs “tried” and “pleaded” (concerning this student) were used by the administrator.  He was in charge at a top level!  It should never have reached the point where a police officer needed to be called. The girl’s disobedience is disgraceful, still the news reports try to paint her as a victim–roughly treated.  This whole incident is additionally sickening because Mr. Randolph, of the NAACP, made comments inferring  the incident was a race issue since two different skin colors were represented.  Sin, no matter its content, always presents a sickening, ugly picture!

This girl chose her own road.  She is not the victim.  She wasn’t well served by the three decisions she made. If she felt she had done nothing wrong, except to obviously disobey the classroom rules which applied to all students, then she should’ve respected the first authority to approach her about the breech–the teacher.  Next, in compliance, she could have stated her innocence, thereby saving herself and others a boatload of trouble.  She chose to be obstinate and disobedient and that, three times.

The policeman gave her two options.  She could choose to move herself out of her seat or be moved and she chose to “be moved”.  That choice opened the door for the policeman to do his duty.  He is not in the wrong. He only honored (a topic she seems not to understand) the student’s choice. He backed up his word with action by the authority vested in him.  Had he taken her hand and gently pulled, would she have moved?  I think not.

Is this a race issue?  It is not. It is a sin issue. Obey the school/classroom rules and the laws of the land or accept the consequences of your choices–no matter your age, your skin color, or your gender. (Romans 13:4)  It is the basic principle of a civilized society. When all, young and old, decide to obey the rules and honor the authorities put over them, then policemen will not be needed in places like schools where children should be learning how to respect authority.  (Romans 13:7)

Who do you think should be ashamed and victimized–the disobedient one or the one doing his duty and honoring another person’s choice?  How would you have handled the classroom situation?  How have you handled Jesus’ invitation to turn from sin?

I just love walking outdoors - day or night. I identify most with the creative side of God and am energized by His artistry all around this world. He amazes me every time I turn around! Yeah, God and thank you, Jesus.
Previous A Foxhole Hero of The Faith
Next How to Find Satisfaction in an Unsatisfying World