Breaking News
Home / Politics / A Foxhole Hero of The Faith 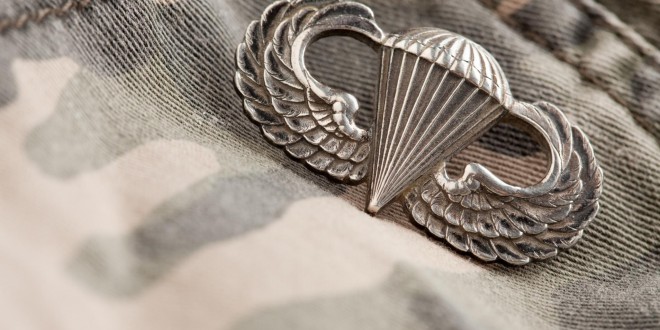 A Foxhole Hero of The Faith

Hebrews 10:16 “This is the new covenant I will make with my people on that day, says the Lord: I will put my laws in their hearts, and I will write them on their minds.” (NLT)

Willie is an older gentleman that I became acquainted with in church. He is now well into his eighties. A U.S. veteran, he served his country as a paratrooper. He is an American hero and a hero of the faith.

Some may have grown tired of hearing his stories which were often repeated as the Alzheimer’s began its assault on his memory. I didn’t. The roots of his faith were deep even in his younger days as he jumped out of airplanes. And he unashamedly shared his faith then–just as he continued to do throughout his life.

His life was a testimony to his faith in Jesus Christ. It was evident in the barracks, the mess hall, in foxholes and as he fell from the sky. It was evident when he found it in his heart to forgive the man who murdered his son during a robbery. It was evident every day of his life. He made it his business to tell everyone about his Lord and Savior.

He never said which of his fellow soldiers, if any, accepted Jesus. He did share, however, that he was the guy they wanted to be near when facing the enemy. When death was not beyond the realm of possibility. They may or may not have been believers, but they found comfort in Willie’s faith.

The ravages of Alzheimer’s is taking its toll. He cannot always recognize his wife Betty or his friends and loved ones. We will no longer get to listen to Willie testimonies of faith or hear him request his favorite song “When We All Get To Heaven.”

Willie loved the Lord “with all his heart and soul and mind and strength”–and “loved his neighbor as himself.” He wanted everyone he met to know his Lord. It broke his heart that there were those who weren’t interested.

If only every Christian had Willie’s passion for evangelism.

If Willie were serving our country today, he would likely get reprimanded. The threat wouldn’t have stopped him though. He served God first then country. Each person he met was a soul that he wanted to see in heaven.

Soldiers today don’t have the advantage of hearing Willie’s comforting words or prayers. Some have even been reprimanded for revealing any evidence of their Christian faith. If they are serving in countries hostile to the Christian faith, it may be for their own safety.

My friend Willie has God’s Word written on his heart. Our servicemen and women will never hear his testimony on their battlefields or in their barracks. They can, however, still find comfort and strength from hearing the Word on a MilitaryBIBLESTICK.

Do you know a hero-evangelist you would like to honor? Do you know someone serving in the military who would be interested in hearing the gospel that Willie personally shared all those years? How will you reach them?

Melinda is currently the worship leader at her small church in rural America. Married for 23 years, she and her husband Larry have one son. She is the Director of Mailing in the print/mailing industry by day and freelance author by night. Her desire to write is a passion borne from tragedy. God used it to take her faith to a much deeper level. Melinda is a freelance writer and member of FaithWriters. She joined the TBL team in March 2014. Believing we are citizens of a greater ‘kingdom,’ her articles for The Bottom Line examine governmental responsibility, citizen involvement and current political topics. With the great wisdom contained in scripture as her guide, she looks at today’s political environment from a Biblical perspective. She prays her words will prompt the reader to view citizenship - and every aspect of their life, through the eyes of faith. Col 3:17 To read more of Melinda’s writings on her faith, hope, and life visit her blog Still Living Still Loving or her page at Faithwriters.com. You can also follow her on Twitter @MKZbk.
@@MKBzk
Previous Our Hope: Service
Next Who’s To Blame For My Sin?