Breaking News
Home / Science / A Site of God’s Judgment: The Discovery of Sodom? 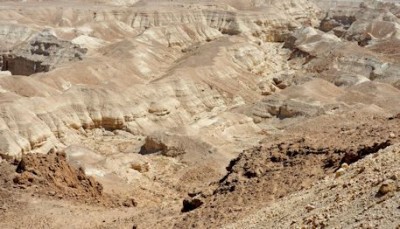 A Site of God’s Judgment: The Discovery of Sodom?

In Genesis 19 it is recorded that the city of Sodom was judged for its rampant immorality. Was there really such a city? Is this story true? If it is true it lends support to biblical truth and the belief that God judges sin. For liberals who do not want to admit that God judges people, including entire cities and nations, and that God’s grace will excuse an undisciplined life of unrestrained sinful passion, this would not be good news.

Dr. Stephen Collins, Professor of Archaeology at Trinity Southwestern University, has led expeditions over the years to the general area where it is believed that the city of Sodom may be located. It was also the residence for Lot and his wife. A clue as to its whereabouts is given in Genesis 13:10 where “…Lot lifted up his eyes and saw the valley of the Jordan, that it was well watered everywhere-this was before the Lord destroyed Sodom and Gomorrah…So Lot chose for himself all the valley of the Jordan, and Lot journeyed eastward…”

A most recent expedition settled on a site known as Tal el-Hammam, nine miles east of the Dead Sea, the largest of all Bronze Age locations in the vicinity. Extensive digging found elaborate city infrastructure, gates, towers, plazas, a roadway, and a thick city wall. Does this in itself prove that this is the site of Sodom? Couldn’t this just be another city of biblical times? Something else was revealed.

Archaeologists also uncovered a distinct layer of ash and pieces of pottery giving evidence of being exposed to extreme heat. Professor Collins said this is all convincing evidence that this recent finding is, indeed, the remains of Sodom.

All through the Old Testament God’s judgment is proclaimed. This is not a popular subject, yet nonetheless, relevant for today. We are living in the final days before the Tribulation Period, a time of testing and trial upon the entire earth, “such as has never occurred since the beginning of the world until now, nor ever shall”(Matthew 24:21). God does judge continued and rampant sin. Sodom is only one example. He is going to judge humanity for its rejection of Himself. But just as God gave Lot and his wife a chance to escape, he will do the same for you prior to the coming judgment, by putting your faith and trust in the Lord Jesus Christ. He is the only hope.

Tags a distinct layer of ash archaeological expeditions Dr. Stephen Collins exposed to extreme heat Genesis 13:10 Genesis 19 God judges sin Lot and his wife Tal el-Hammam the Dead Sea The discovery of Sodom and Gomorrah the valley of the Jordan

John Livingston Clark is 67 years of age and lives in central Washington State. He has written two published books, and two published poems. His initial book is called, " God's Healing Hope: Breaking the Strongholds of Wrong Thinking." His second book, released in December of 2016, is a motivational book written to seniors titled, " Seniors: Are You Retiring or Recharging?" Both books are available on amazon. You can also view his writings on www.faithwriters.com. John is available to speak on a variety of topics. Visit me at jclarkministries.com
Previous The Salt of the Earth
Next Life Gave Me Lemons… So I Painted My Wedding Dress!