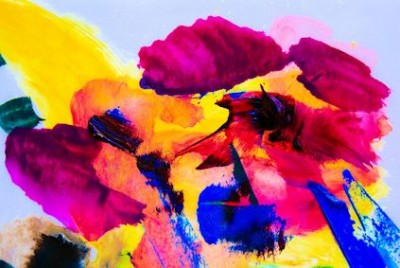 Life Gave Me Lemons… So I Painted My Wedding Dress!

How would you feel if you got dumped one week before your wedding day?

Better yet, what would you do?

The typical bride-to-be would probably cry her eyes out… and then cry some more. That’s expected, but what follows the crying isn’t normally healthy nor uplifting. Not to mention, some ladies tend to cry longer than others. The struggle is real, as a result, most bride-to-be would probably sink into depression and self-blame. She may lock herself away from the world and be overcome with shame and anger. Unhealthy habits such as over or under eating and insomnia might be adopted. But thank God there are always exceptions to the norm.

Take for instance twenty-three year old Shelby Swink, she got dumped just a week before her big day. Nope, not her birthday… her wedding day. Why her fiancé waited until then to tell her, is an unsolved mystery. I mean, they had a three year old relationship. You would have thought at some point throughout those three years he would have figured out she was not the one for him… or if he knew, that he would have had the courtesy to tell her before deciding to plan a wedding. Whatever his reasons, choosing to break up a week before your wedding date is thoughtless—to say the least! Still, that might be better than an early divorce.

Without a doubt, Shelby was heartbroken. She was also blindsided because he gave no indications that he didn’t love her. To hear your fiancé tell you that he doesn’t love you, just a week before your wedding, must be devastatingly deafening. Shelby used words like shock and numb to describe how she was feeling. Nevertheless, she found the strength to call her friends, family, and the various vendors to announce the cancellation.

Shelby’s photographer suggested she had a trash the dress photo shoot, and since she had already decided not to throw herself a pity party, she took her up on the offer. So, the day that was supposed to be her wedding day, then became her “trash the dress day.” She invited her bridesmaids and her parents to join her in the photo shoot. They had a blast as they haphazardly painted the dress in the colors of the rainbow. Doing this made Shelby feel liberated and empowered to move on with her life. (It was his loss anyways.)

The story didn’t end there, Shelby donated her dress to charity. After the photo shoot, the dress was put on display in a local bridal shop. During the duration of the dress exhibit, a portion of each dress sold went to a local charity. The best part was hearing her admit she recognized that God has a purpose and a reward for every trial.

Psalm 30:11 Thou hast turned for me my mourning into dancing: thou hast put off my sackcloth, and girded me with gladness.

How would you react?

Amelia Brown is from the beautiful island of Jamaica. She is a 28 year old Guidance Counselor by profession, but a passionate writer at heart. Most of her articles written are aimed at stimulating positive change under the guidance of the Holy Spirit. She is also a published poet and a member of Faithwriters. Outside of writing, she enjoys volunteering, cooking, and turning frowns right side up. Amelia currently lives in New York.
@ameliambrown
Previous A Site of God’s Judgment: The Discovery of Sodom?
Next Working Without a Net