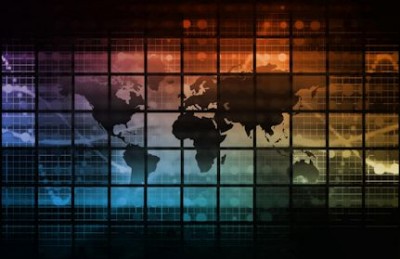 Technological Advancements Leading To The “Mark of the Beast”

With all of the personal information on the internet it would not be at all surprising if someone came up with a plan to invade people’s privacy worldwide. Not only is this happening, but technological advances are in the works with the goal of universal control of all individuals. Jack Minor of Prophecy Watch News said, “It appears that Google is actively taking steps to consolidate every bit of information and put it into a single database…that may very well put in place the infrastructure for the anti-Christ to take advantage of.” The plan to compile information would include personal emails and documents. Physicist Stephen Hawking, not a supporter of biblical prophecy, nonetheless stated that such a monster of a machine could be used by the anti-Christ for his own objectives.

Along with a centralized database is the rise of artificial intelligence. Google has reportedly been recruiting experts in this field. Ray Kurzwell, a computer scientist, inventor, and futurist, who specializes in knowledge-optical character recognition, and text-to-speech synthesis, said not only would emails and documents be read but “…we are going to actively encode {the computer}…to understand the meaning of what these documents are saying.”

Artificial intelligence is not years away! A “first step” toward it will be hitting the shelves this coming Christmas with Barbie Dolls. Mattel has teamed up with Toy Talk to produce dolls that “will have a button on their belt buckle which starts recording audio, which in turn, relays back to company servers to choose ‘intelligently’ between 8,OOO responses appropriate for children between 3 and 9.” David Smith of Prophecy Watch stated, “…toys loaded with complex artificial intelligence are all set to be the biggest rage this holiday season.”

If all of this is not enough, the United Nations plans to implement biometric identification cards for every living person, including all refugees and birth registrations, by 2O3O! It would all go into the centralized database in Geneva, Switzerland. The World Bank and Accenture, an international technology service provider, are playing a major role in its development.

Not to be outdone, Douglas Ernst of WND, reports that a new company based in Pittsburg, Grindhouse Wetware, has developed a device that can be implanted under the skin which lights up “for 1O seconds when a magnet gets near a specific sensor.” It has already been tested and proven to work by several employees of the company. Called Northstar VI, it is “a first step toward human-computer interfaces” and part of a dream “to connect your body to the internet.”

There is still more. Many people know, I am sure, that there is a move toward a cashless society. In an article by Kade Hawkins of Prophecy Watch, it is “eventually the goal to eliminate cash altogether while promoting the use of biometric enhanced payments,” and could result in “centralized control by an autocratic authority where citizens are totally subject to an absolute state authority via financial controls…”

Now, how does all of this relate to Bible prophecy? Revelation 13:15-17 gives us the answer. “And there was given to {the beast} to give breath to the image of the beast, that the image of the beast might even speak…and he causes all, the small and the great, and the rich and the poor, and the free men and the slaves, to be given a mark on their right hand or on their forehead…that no one should be able to buy or sell, except the one who has the mark…” This is the familiar “666” passage.

It will be very interesting to see how all of this planning and technology unfolds, though Christians may not be around to see it, assuming that we are “caught up to meet the Lord in the air”(I Thessalonians 4:17) before it happens.

John Livingston Clark is 67 years of age and lives in central Washington State. He has written two published books, and two published poems. His initial book is called, " God's Healing Hope: Breaking the Strongholds of Wrong Thinking." His second book, released in December of 2016, is a motivational book written to seniors titled, " Seniors: Are You Retiring or Recharging?" Both books are available on amazon. You can also view his writings on www.faithwriters.com. John is available to speak on a variety of topics. Visit me at jclarkministries.com
Previous The Dance of Worship to The Worthy One
Next The Power of Prayer