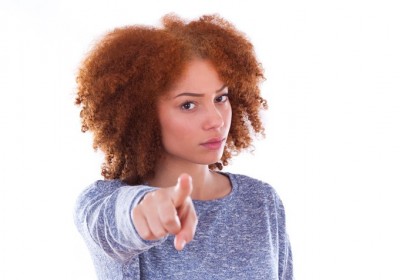 Is passive-aggressive behavior ruining your relationships?

Passive Aggressiveness: When the Bully Plays the Victim

Remember how Lucy pulled the football away from Charlie Brown each time he went to kick off, thus sabotaging the game? In Lucy’s mind, losing the championship was worth making her teammate look bad. This is a picture of passive-aggressive behavior, which is closely related to mind games, discussed in a previous post. These unhealthy social interactions are widespread in society, yet many people don’t recognize them in themselves or others.

What is Passive-Aggressive Behavior?

Passive-aggressiveness is a dysfunctional means of communicating anger or resentment through procrastination, sullenness, pouting, obstructing, feigned forgetfulness, and other ways that avoid direct confrontation. Passive aggressive people may be seething with hostility or bitterness, but they are masters at covering it with a smile. People who operate in this behavior refuse to be honest and open about their wants or their aggression, so they get what they want through manipulation and underhanded means, thus the passive nature of the aggression.

Passive-Aggressiveness is often difficult to recognize, but can be pinpointed in the disconnect between what people do and what they say.

Dr. Ross Campbell, author of How to Really Love Your Child, lists passive-aggressive behavior as the “worst option” of communicating anger, and explains that it is “more worrisome even than cursing, destroying property, or physical and verbal abuse.” It is covert, and therefore does not deal honestly and openly with the source of its anger. It works through many vehicles, including denial, back-handed compliments, revenge, sarcasm, stalling, and feigned surprise.

Here are a few examples of passive-aggressiveness:

Passive-Aggression is deadly to the person perpetuating it and to relationships because it is fundamentally dishonest. The individual operating in this may or may not always be conscious of his behavior, but the results are strained relationships and an emotional roller coaster for those around them.

Behold, you desire truth in the inward parts: and in the hidden part you shall make me to know wisdom (Psalm 51:6)

The passive-aggressive seems himself as the perpetual victim, and will never accept personal responsibility for his actions. If you try to call him on it, he will inevitably put it back on you.

We’ll examine this behavioral pattern, some of its root causes, and how to deal with it, in more detail in a future post.

Is the Lord bringing to light any passive-aggressiveness in you that needs to be dealt with so that He can replace it with His integrity and His peace?

Emily Tomko's radical encounter with the Lord while at a nightclub changed her life forever and inspired her first novel, College Bound: A Pursuit of Freedom. She is the author of seven books, including 31 Thoughts on Prophecy and Leaving the Shallows: igniting the faith that overcomes the world. Her tastes tend toward vintage and she's a Germanophile, having spent a year in Bremen and Nuremberg. Emily loves the scriptures and writes with fierce compassion and a deep desire to see people freed from the miry clay of this world and walking in the truth.
Previous Praying in the Heart
Next 3 Stages of Prayer