Breaking News
Home / Telling HIStory / A Rule to the Wise 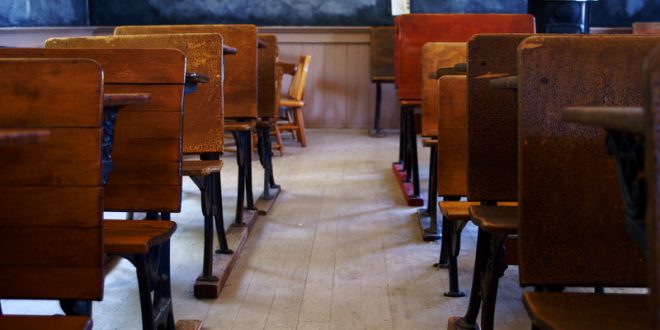 A Rule to the Wise

It has been said that a rule to the wise need only be a guide, directing their steps, not something forced upon them. The truth is that rules have always been in place, beginning in the written word of God.

For those entering the teaching profession in 1915, rules were taken quite seriously and consequences for breaking them often included swift dismissal. The teacher had to be in for the evening by 8 p.m. and remain home until 6 a.m. the next morning.  Loitering in an ice cream parlor was off-limits, and the board chairman had to approve any travel outside of the local town. Cigarette smoking was banned. Female teachers could not dye their hair, take a ride in a carriage or automobile with a male unless their father or brother was present, or wear a dress more than two inches above the ankle.

God is not concerned with the color of our hair, or that we have a chaperone when we take a ride, but throughout the bible, we read  His instructions in how to live the best way for our own good and that of others. And we learn that to knowingly do wrong is not just a mistake, but a sin against God:

Remember, too, that knowing what is right to do and then not doing it is sin. James 4:17

It’s humorous to read a list of rules from a century ago—imagine avoiding ice cream parlors! Still, those rules were valid, protecting both the teacher and the young, impressionable students in their care. Most teachers of the time saw the guidelines before them as steps in the wisest direction. Earthly rules often change over time,  for good reason, but God’s instructions do not change. Wise are those who follow them.

My husband Dan and I have three children and three grandchildren. We live in central Illinois. I am a graduate of The Institute of Children's Literature, a member of faithwriters.com, and a member of SCBWI. My writings have been published at chirstiandevotions.us, in DevotionMagazine, the PrairieWind Newsletter, and here at thebottomline.co.
Previous What it Takes to be a Champion
Next Seeing the Danger of Sin