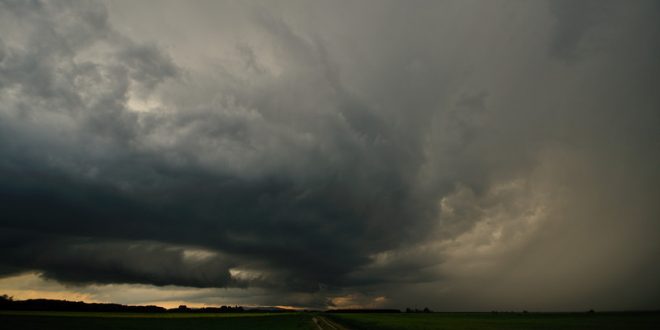 Facing a Storm? He Knows the Way You Take

On Sunday, April 14, 1935, a massive dust storm struck the Great Plains.  Caught in its grip were  unsuspecting farmers caring for their livestock and faithful church-goers attending worship services. The “Black Blizzard’ suffocated jackrabbits and dropped whole flocks of birds from a pitch-black sky.  Residents spoke later of being lost in their own yards, unable to see their hand in front of them. One little boy found his way to a door, and pounding with his fists, yelled “let me in, I am lost!” His plea was answered by his father,  standing in the doorway…the boy unable to recognize that he was home. Those who survived that terrible day would never forget the utter blackness or how helplessly lost they felt.

Job was a faithful servant of God who experienced a sudden and blinding storm of circumstances  in his own life.   And when the storm was over,  he had lost his livestock, his home, and his beloved family.  How could Job survive and still trust in God after such devastation to his life?  Though he was unable to see God or feel His presence in the storm, Job’s faith was his light:

“Behold, I go forward (to the east), but He is not there;
I go backward (to the west), but I cannot perceive Him;

Perhaps you feel as if you are in a blinding storm today, unable to see the way. But you are not alone…He Who sees clearly in the darkest of storms knows the way you take!

My husband Dan and I have three children and three grandchildren. We live in central Illinois. I am a graduate of The Institute of Children's Literature, a member of faithwriters.com, and a member of SCBWI. My writings have been published at chirstiandevotions.us, in DevotionMagazine, the PrairieWind Newsletter, and here at thebottomline.co.
Previous The Heavens Declare The Glory of God
Next What to Expect When Converting to Christianity