Breaking News
Home / Faith / What to Expect When Converting to Christianity 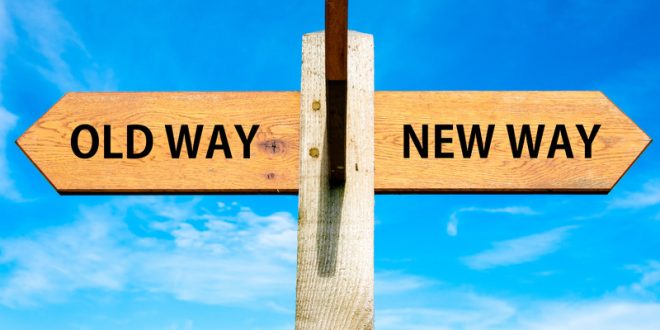 What to Expect When Converting to Christianity

I’ve heard comments from unbelievers and seekers that one of the things holding them back from accepting Jesus as Lord and savior is that they don’t really know what to expect. One person said they don’t want to end up as some Bible thumping Jesus nut, and another mentioned a fear of never being able to have fun again. So, what can one expect to happen once one turns their life over to Jesus?

I can only speak for myself and my experience, but I’ve noticed that many Christians go through the same thing as I did to one degree or another.

First, one can expect a change in ones’ worldview, a reorientation towards a more Biblical mindset. What I mean by this is that once one repents, the opinions of the old life start to slowly change to those more in line with what the Bible says. For instance, since the age of 7, I have studied world religions, the occult, Satanism, was into fornication, had very liberal views during my substance abusing days, was involved with the alt-right and was generally what you would call a scumbag. Then Jesus came into my life and I bent the knee to His lordship and repented, this started what is called progressive sanctification.

Progressive sanctification is the process where the Holy Spirit changes a person and conforms them into the image of Jesus, the deeper the relationship one develops, the more one starts to think and act like Jesus and that is what happened to me. I used to have a very liberal “all religions teach the same thing” attitude, but after coming to Christ, I reject all that and accept Christianity alone as the one true religion. I used to be an angry racist, then God purged me of that anger and changed my political opinion from a far-right view to a more moderate, almost apolitical conservative. I used to swear like a drunken sailor, now I can’t even remember the last time I dropped an “F”-bomb. The things I did in my old life, I can’t even imagine doing today, I am literally a different person, my personality has changed, my opinions, my vocabulary, even the things I used to do for fun I would never do today. I died to my old self and am now alive in Christ.

Put to death therefore what is earthly in you: sexual immorality, impurity, passion, evil desire, and covetousness, which is idolatry. On account of these the wrath of God is coming. In these you too once walked, when you were living in them. But now you must put them all away: anger, wrath, malice, slander, and obscene talk from your mouth.

Since coming to Christ, I have become something of a Bible-thumping Jesus nut, and all my free time is spent studying scripture or theology or is spent in prayer. I rarely, if ever, listen to secular music anymore, rarely watch TV and nearly all my conversations revolve around Jesus or the Bible in some way. Now not everyone is going to go through such an extreme change, but like Jesus said, “Those who have been forgiven much, love much.”

So, one can expect some personality change to one degree or another, God the Holy Spirit will change you so that you think and act more like Jesus Christ. But does that mean that you will never be able to have fun again?

Depends on what you mean by fun. If you mean sex outside marriage, binge drinking or telling lewd jokes, then no, those sorts of things are not acceptable behavior for Christians. But that does not mean we don’t have fun. Plenty of Christians play games and sports of all kinds, I trained in mixed martial arts before being injured, a friend plays soft-ball and other team sports. Some Christians are into making art, or have a hobby of some sort. There are lots of things we can do for fun that do not include sins of the flesh.

There is also a learning curve to navigate through. One needs to learn not just the tenets of the faith and what sort of behaviors are expected, but also the cultural aspects of the church, which vary among the denominations and ethnic groups. Many churches have a mentor-ship period for new converts where all these things are explored.

Those are the main things you can expect when becoming a Christian, some degree of personality change, having to give up sins of the flesh and learning the cultural side of the faith. They can be big steps and scary ones at that, but in the end, it is all worth it, because Jesus Christ came to give us life and life in abundance.

Are you willing to make the effort to live a Christian life? What is stopping you?

Jonathan Kotyk is a student, self taught philosopher, recovering addict and born again Christian. He has spent time on both the far Left and Far Right side of the political spectrum and lives in Canada.
Previous Facing a Storm? He Knows the Way You Take
Next Even Jesus Appreciated a “Thank You”