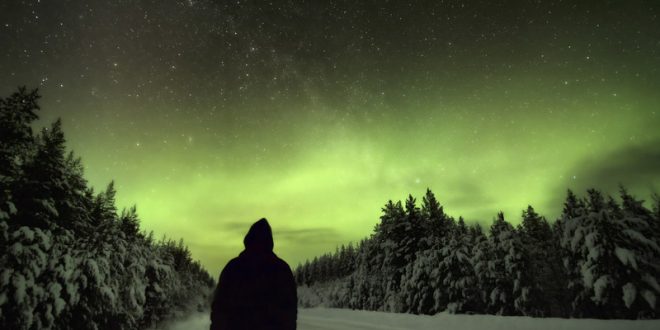 The Heavens Declare The Glory of God

Now that the solar eclipse has come and gone, let’s do some reflection. People have said it was very rare. No it wasn’t. Total solar eclipses happen on average of every 18 months somewhere on the planet. They do not necessarily have a spiritual significance, as some want to believe. However, it does say in Genesis 1:14 that one of the reasons for the sun and moon is “signs.” But one cannot go so far as to say that the recent solar eclipse had a specific spiritual link.

What I do find worthy of taking notice is that seven years from now another total solar eclipse will occur in the United States on April 8, 2024, this one moving from Texas to Maine. Why do I find that compelling? Seven is God’s number of perfection. It is used throughout scripture, especially in Revelation.  There are seven lamp stands, seven churches, and seven stars in His right hand. This number is also connected with the seals, angels, peals of thunder, and plagues. Clearly on God’s calendar and agenda the number seven has great merit.

Seven is also, however, associated with judgment. There is coming a seven year Tribulation Period. It does make me wonder by having solar eclipses seven years apart, combined with the sun and moon being signs, is God trying to send America a message of impending judgment? Are other “messages” coming within the next seven years?

Some wanted to believe that on September 23, 2017 when there was a configuration of the sun, moon, Venus, Mars, and Mercury, along with the constellations Leo and Virgo, that it would fulfill the prophecy of Revelation 12:1:

And a great sign appeared in heaven: a woman clothed with the sun, and the moon under her feet, and on her head a crown of twelve stars.”  This, though, is taken out of context and could possibly even border on astrology, which God forbids. However, God could arrange the stars and planets anyway He desires in fulfillment of prophecy. From my research, I am not convinced that this is something to give serious attention to. We will see what happens.

Something that was worthy of attention was the asteroid 2012TC4 that made a very close pass of earth on October 12, 2017. How close? Possibly close enough to barely miss the outermost orbits of our satellites! Revelation 8:10 mentions “…a great star from heaven, burning like a torch…”  (I am not saying that this was a fulfillment of this prophecy, only that something is described in Revelation that fits the description of an asteroid.)

Then there is the Yellowstone National Park super volcano, about which some are very concerned. NASA considers this serious enough that it is taking drastic action in an attempt to cool it down to prevent a potential gigantic eruption that would literally destroy a major portion of the U.S.  (Something fitting the description of a volcano also appears in Revelation 8:8 – “…a great mountain burning with fire…” (Again, I am not saying that this would be a fulfillment of this prophecy).

This is not to mention all of the wild weather and natural (or supernatural) disasters occurring across the U.S. and around the world.

Make no mistake. Judgment is coming. The Bible predicts it. As Christians we need to be aware of what is and how it lines up with God’s purpose and plan. At the same time we must not make the mistake of attaching a spiritual significance to something if there is no biblical reason to do so. By the same token we must not take lightly something that God may be trying to tell us.

Psalm 19:1 tells us that “The heavens declare the glory of God…”  One thing for sure is that God is in control of the eclipses, the asteroids, and all of the signs in heaven.

Romans 1:20 sums it up: “For since the creation of the world His invisible attributes, His eternal power and divine nature have been clearly seen, being understood through what has been made, so that they are without excuse” (emphasis mine).

God “desires all [people} to be saved and to come to the knowledge of the truth” (I Timothy 2:4).

How much spiritual significance do you attach to what is happening, none, a little, or a lot?

John Livingston Clark is 67 years of age and lives in central Washington State. He has written two published books, and two published poems. His initial book is called, " God's Healing Hope: Breaking the Strongholds of Wrong Thinking." His second book, released in December of 2016, is a motivational book written to seniors titled, " Seniors: Are You Retiring or Recharging?" Both books are available on amazon. You can also view his writings on www.faithwriters.com. John is available to speak on a variety of topics. Visit me at jclarkministries.com
Previous The Breaker Is
Next Facing a Storm? He Knows the Way You Take