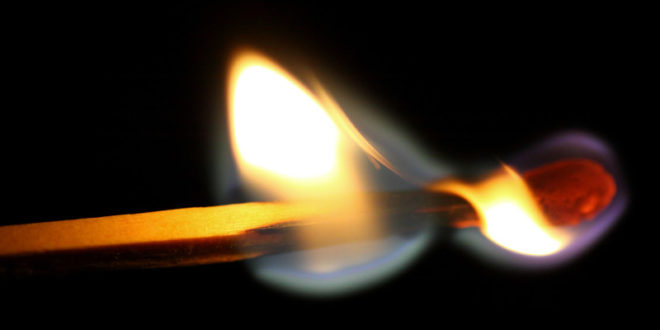 The Consuming Fire of Greed

The Triangle Shirtwaist Company in Manhattan produced women’s shirtwaists. The fitted, long-sleeved blouses with high necklines worn by women with their long skirts every day in the early 1900’s.  Most of the company’s workers were teenage girls and young women who had immigrated to America with their families, dreaming of a better life. They now found themselves laboring at sewing machines in a poorly ventilated building for 12 hours each day. Their working conditions were beyond questionable, with doors that only opened on the outside and elevators that often broke down. The owners of the company had even refused to pay for a sprinkler system for their building filled with flammable fabrics because of the cost involved. At the end of their long work week the tired young workers carried home only 15.00 in their small purses.

On Saturday, March 25, 1911, a deadly fire erupted in a rag bin on the company’s eighth floor. It would later be determined that a single match started the blaze. By the time the fire was contained, 145 workers had lost their lives. Some of the girls fell down the broken elevator shaft in an attempt to escape while others pounded on the locked doors in the stairwells begging for someone on the other side to hear. But the most desperate ones jumped to their death as the flames licked their skirts.

While fire and smoke were the cause of the tragic deaths that terrible March day, greed was the real killer, setting fire to selfish desire for gain and little regard for those who paid the price.  Corruption ran rampant in the factories of New York during that era.  Workers were simply an avenue to wealth for company owners. And sadly, the corruption reached to the city’s government offices as well, with leaders turning a blind eye to obvious dangers in the workplace.

Most of us cannot fathom the type of corruption and greed it took to endanger so many innocent workers’ lives.  But God soberly reminds us that greed can enter the heart of any one of us:

For the love of money [that is, the greedy desire for it and the willingness to gain it unethically] is a root of all sorts of evil, and some by longing for it have wandered away from the faith and pierced themselves [through and through] with many sorrows.  1 Timothy 6:10

Greed can set any heart afire with a lust for more. While it is difficult to think about our own heart being corrupted by its insatiable desire, we will do well to allow God’s words to pierce our conscience when greed strikes rather than foolishly piercing ourselves with the sorrow that greed always brings into our lives.

My husband Dan and I have three children and three grandchildren. We live in central Illinois. I am a graduate of The Institute of Children's Literature, a member of faithwriters.com, and a member of SCBWI. My writings have been published at chirstiandevotions.us, in DevotionMagazine, the PrairieWind Newsletter, and here at thebottomline.co.
Previous What Does God Have in Store?
Next Partaking Of All God’s Words