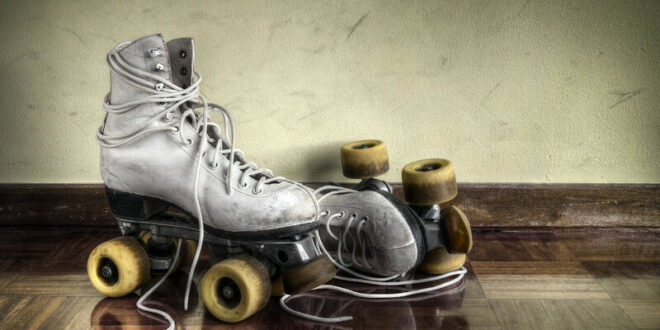 Roller skating was a favorite weekend activity when I was young. Most of us hung out at the roller rink on Friday nights, one or another of our parents taking a carload of us, and dropping us off for the evening. Roller skating was popular during different decades, first in the 1880’s, then again in the 1930’s, and the 1950’s. But they say that the 1970s was the most popular decade for roller skating, with the disco music of the era adding to its popularity.

I remember watching many of the older kids who were great skaters.  Some actually danced in their skates, jumping and twirling around the rink with its disco ball spinning lights in red, blue, green, and purple around the room. I was more of a coaster, just gliding along to the music and talking with my friends, only moving my feet occasionally to keep moving.

When it comes to skating, coasting isn’t bad. It’s kind of relaxing. But coasting in other areas of life—not such a good idea! In fact, the worst area for a person to coast is in their spiritual life. It only leads to self-confidence, pride, and sin:

Therefore, let the one who thinks he stands firm [immune to temptation, being overconfident and self-righteous], take care that he does not fall [into sin and condemnation]. 1 Corinthians 10:12

When we think we have arrived in our spiritual life we are in danger of coasting along, which will only lead us to a fall, toward sin and away from God. Pray for strength to stay diligent: aware of sin and humble before God.

My husband Dan and I have three children and three grandchildren. We live in central Illinois. I am a graduate of The Institute of Children's Literature, a member of faithwriters.com, and a member of SCBWI. My writings have been published at chirstiandevotions.us, in DevotionMagazine, the PrairieWind Newsletter, and here at thebottomline.co.
Previous Sin’s Mortality Rate
Next Families Without Fathers