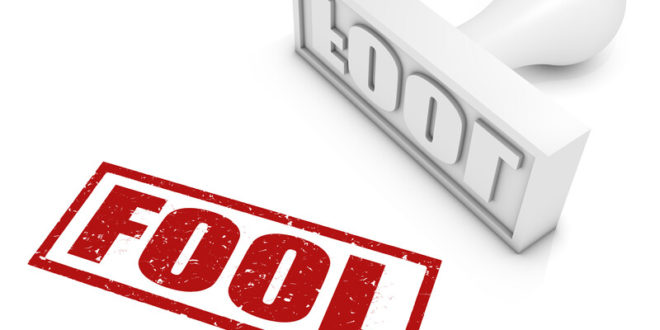 When Satan Looks for a Fool

We’ve all been victim of someone’s fun at our expense when the calendar turns to April 1st.  Everyone’s a prankster, trying to get the better of someone else, all in good fun.

The origins of April Fool’s Day go back several centuries. In 18th century Scotland, April Fool’s Day centered around hunting the “gowk,” or fool. Once spotted, the fool was in for some unwanted attention that included being sent on a phony errand that seemed never to end, twisting and turning from place to place around the village.  And the mischief didn’t end at the close of that first day of April.  On the second, everyone needed to watch their back side! That was the day when notes were often attached to the seat of a chosen “gowk,” inviting others to give them a good, swift kick.

While April Fool’s Day is often a fun time for children and even adults to play harmless tricks on one another, there is a real enemy prowling about.  Satan is always looking for a fool to take terrible advantage of when the opportunity strikes. Who is this person he seeks to devour? The overly self-confident, the one who believes they can make their own decisions and live their own way:

He who trusts confidently in his own heart is a [dull, thickheaded] fool,
But he who walks in [skillful and godly] wisdom will be rescued Proverbs 28:26

Don’t be an easy target when Satan looks for a fool, placing your trust and confidence in yourself instead of relying on God. Instead, fill your mind and heart with the wisdom that comes from God’s Word.  Satan will soon move on in his search for the perfect fool.

My husband Dan and I have three children and three grandchildren. We live in central Illinois. I am a graduate of The Institute of Children's Literature, a member of faithwriters.com, and a member of SCBWI. My writings have been published at chirstiandevotions.us, in DevotionMagazine, the PrairieWind Newsletter, and here at thebottomline.co.
Previous When God Says “If”
Next What Does God Have in Store?