Breaking News
Home / Faith / A Case For A Literal Rapture 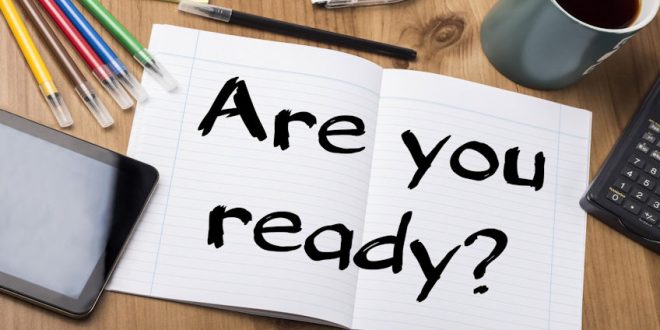 A Case For A Literal Rapture

One minute you are on Planet Earth; the next moment you aren’t. This is a common belief of many Christians when they think of the rapture of the Church. However, not all people believe in a literal rapture. While it is true that the word “rapture” does not appear anywhere in scripture, the teaching of being “caught up” is clearly stated in I Thessalonians 4:16-17.

“For the Lord Himself will descend from heaven with a shout, with the voice of the archangel, and with the trumpet of God; and the dead in Christ shall rise first. Then we who are alive and remain shall be caught up together with them in the clouds to meet the Lord in the air…”  In the immediate context beginning with verse 13, the word “asleep” is mentioned three times in this passage. This refers to people who have died. Then in contrast we read that those who are “alive” will be caught up. How else can this passage be taken if not literally?

If we go over to I Corinthians 15:51-52 the same word “asleep” is used. Here it says that “we shall not all sleep, but we shall be changed.”

Therefore, scripture clearly teaches that there is coming a time in history when all believers in Christ who have not yet passed on will be caught up. Is there biblical precedence for this kind of event? The answer is found in three different places in the Bible.

Within the context of naming numerous people who lived and died, in Genesis 5:3-32, verse 24 stands out like a square peg in a round hole. It says, “And Enoch walked with God, and he was not, for God took him.”

After Philip baptized the eunuch, “the Spirit of the Lord snatched Philip away; and the eunuch saw him no more… (Acts 8:39).

Two of these above passages make it clear that the individual was physically taken.

The question to each and every believer is how seriously do we take this astounding, supernatural event? Are we preparing for it as something that will occur equally to any other physical happening? After reading comments from articles about the rapture some Christians, indeed, are making preparations to leave their earthly home. Are they fanatics? No. They are people who take the Bible seriously and literally. How many Christians are giving the “catching up” serious thought? After all, being on earth one second, and in the presence of God the next, without experiencing physical death, boggles the mind.

No one knows, of course, when the rapture will occur. However, all believe that it will happen sometime around the time of the Tribulation Period. Some say before, and others say during or after. I personally believe that it will happen before this period. If you read again I Thessalonians 4:16-17, the next verse says, “Therefore comfort one another with these words.” There will be little comfort for Christians, or anyone for that matter during the Tribulation, the most difficult time “such as has not occurred since the beginning of the world until now, nor ever shall” (Matthew 24:21). This time is rapidly approaching. The catching up of all believers is God’s escape strategy from the horrible conditions the entire unbelieving world will face. II Thessalonians 2:1-8 puts this in context, as well as providing another reason for a literal rapture.

“Now we request you, brethren with regard to the coming of our Lord Jesus Christ, and our gathering together to Him…Let no one in any way deceive you, for it will not come unless the apostasy comes first, and the man of lawlessness is revealed, the son of destruction, who opposes and exalts himself above every so-called god or object of worship, so that he takes his seat in the temple of God, displaying himself as being God… And you know what restrains him now, so that in his time he may be revealed. For the mystery of lawlessness is already at work; only he who now restrains will do so until he is taken out of the way. And then that lawless one will be revealed…”

This passage outlines a series of events. One is the “gathering together to Him.” Two is what many prophecy scholars believe to be a description of the anti-Christ and his rise to power. Three, a restraining influence will be taken out of the way before the anti-Christ comes into power. This restrainer is often thought to be the Holy Spirit residing in the hearts of believers.

What does this mean for Christians? It means we should be involved in activities and use our time in things that really matter. We need to seek how God can most effectively use our lives to build His Kingdom. What if the rapture occurs in 2018? What kind of priorities and agenda would you and I have for the upcoming year? I know these are very gripping questions for all Christians, including myself. But all converging and prophetic signs seem to indicate that the rapture and Tribulation Period are very close. If we as Christians really believe that we will literally be caught up with no prior notice, how are we living our lives now?

John Livingston Clark is 67 years of age and lives in central Washington State. He has written two published books, and two published poems. His initial book is called, " God's Healing Hope: Breaking the Strongholds of Wrong Thinking." His second book, released in December of 2016, is a motivational book written to seniors titled, " Seniors: Are You Retiring or Recharging?" Both books are available on amazon. You can also view his writings on www.faithwriters.com. John is available to speak on a variety of topics. Visit me at jclarkministries.com
Previous The Lie of an Idol
Next The Pros and Cons of Cafeteria Christianity