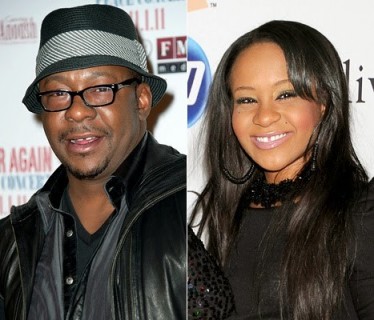 90’s R&B Singer, Bobby Brown Calls on God to Save His Daughter

Bobbi Kristina Brown, daughter of the late, great legend, Whitney Houston and Bobby Brown, the former singer for New Edition has been lying in a medically induced coma since January 31. No one knows exactly what caused her to be found face down in her bathtub unresponsive, however some have speculated foul play and others say drugs were involved. As you may recall, Bobbi Kristina’s mother, Whitney Houston was found in a bathtub unresponsive on February 11, 2012; the similarities seem all too familiar.

Bobbi Kristina comes from a heritage of believers, and they have been around her bedside praying for her, reciting scripture, and singing hymns to her. Her father, Bobby Brown, has encouraged his Facebook followers and fans to PLEASE PRAY. He has become outspoken in believing Jesus for a miracle. What a platform God has given him. It is evident he believes in the power of prayer. For such a pop icon as he once was, and for many who listened to his music in the 90’s; he has tremendous influence.

As with many celebrities such as Kirk Cameron or Tim Tebow, they have used their status as a stage to glorify God. That is exactly what Bobby Brown is doing now; he is telling and showing the world that Jesus is the answer to his daughter’s plight.

According to some media reports, the doctors have determined there is no hope, yet Brown states,“Don’t believe that. It does not matter what the doctors say, I trust God.” What a message to give to so many people who are watching this as the story unfolds. Bobby has been unrelenting in his faith and trust in God since day # 1 of his daughter being hospitalized.

I have been praying for Bobby Brown and his family, but in particular praying all the world who is watching this see the miracle of his daughter becoming responsive again. I do believe in miracles. I believe Jesus Christ can do the impossible. I understand that there are times that God has a different plan, but I cannot help to believe for a miracle.

As Whitney Houston’s famous song, “I look to you,” was and is a testament to her great faith. Even though she succumbed to her addictions, she was no doubt a lover of Jesus Christ. As the body of Christ, let’s believe not only for a miracle for Bobbi Kristina to be responsive, and that the chains of addiction would be broken from her.

You are Holy, righteous, and just. We lift you high and believe in the mighty name of Jesus Christ to do the impossible in Bobbi Kristina’s life. Lord, would you wake her, revive her, and set her free from all the chains that have surrounded her. Jesus, you are in control and believe your perfect will to be done. But you say we have not because we ask not, and to come boldly to the throne room of grace; so we ask-heal Lord, heal. In Jesus name, amen.

What are your thoughts on this story? Do you believe in miracles? If yes, why?

Stephanie has a heart and passion to see broken lives restored and redeemed through Jesus Christ. She writes through her personal experiences and her educational and professional background. She has over 17 years experience in counseling, and has a Master's degree in Social Work, Bachelor's degree in Psychology, and is a Licensed Belief Therapist. Stephanie has been married for 16 years,and has one grown son. Stephanie's desire through her writings is to bring hope and encouragement to the body of Christ, that no matter what you have been though or going through, there is restoration and redemption through Jesus Christ.
@Stephrreck
Previous The Dress that Broke the Internet: A Christian Response
Next Best Tips for Interacting with the Bereaved (Part II)