Breaking News
Home / Entertainment / The Dress that Broke the Internet: A Christian Response 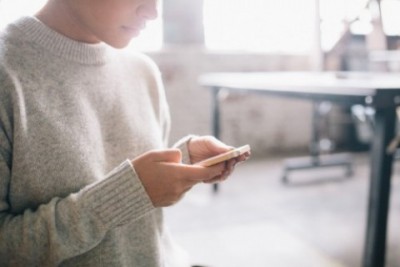 The Dress that Broke the Internet: A Christian Response

Time called it “the dress that broke the Internet.”[1]

Last week, the buzz on social media wasn’t about political concerns, the unrest in the Middle East, or the ongoing threat of ISIS, but rather. Instead, news feeds were flooded with heated opinions about this dress:

In case you somehow avoided the madness of it all, allow me ask you the same question that stirred such controversy last week: Is the dress black and blue… or is it white and gold?

The answer to that question sent the world into a tizzy. Hollywood celebs jumped into the debate, as well as talk show hosts and news anchors. It made the six o’clock news. Some even brought it experts to explain the science behind the mixed opinions, or explained it away in detailed articles.[2]

“Everyone went to DEFCON 5 immediately when someone disagreed. It was like you were questioning something even more fundamental than their religion,” Wired editor Adam Rogers said in an interview with CBS News.[3]

It all started with a post on Tumblr, but it quickly became the number one trend on Twitter and racked up more than 20 million views on Buzzfeed. Households across the nation were divided.

“We are facing significant history making crises at this moment, yet few are paying attention. Instead we have been focused on a debate of greater significance; is this dress blue & black or white & gold?…Why is it at a time when our nation’s attention should be focused on the color of red in the sands of Libya we are caught up in a pointless debate on social media about the color of a dress…?”[4]

It’s true. And, like Rogers said, people are defending their opinion of the dress as if they are defending something as fundamental as their faith. That’s a heavy statement. Certainly the two are on opposite ends of what’s deemed “important.” So why has it gained such attention?

Perhaps we’re just looking for a distraction. Our thoughts are hungry to focus on something other than the barbaric violence occurring against Christians.

There’s nothing wrong with a little distraction. With all the horror filling the headlines recently, we all need to spend time watching videos on YouTube of llamas on the run.

But we also must be careful. We must be diligent not to look the other way in the midst of such atrocities and allow the enemy to gain a foothold.

As our brothers and sisters in Christ, we too should “Always be prepared to give an answer to everyone who asks you to give the reason for the hope that you have” (1 Peter 3:15). There are men and women dying daily in defense of Jesus Christ. It’s only a matter of time until you are asked to defend your faith. One day, you’ll be called upon to make a case—whether it’s at home, in the classroom, or on the job.

When that happens, will you defend you faith with the same enthusiasm you defended your opinion of the dress?

When will we garner the courage to pour the same amount of energy into debates that affect the eternal destination of others?

is a freelance writer and contract copywriter who lives in the seacoast region of New Hampshire with her husband, Eric-Thomas,of five years. She currently serves alongside her mother as the Marketing Director for God’s Girls Christian Store and More, a online retail store serving the southern New England region. Her work has been featured in several print and online publications, and she is the recipient of two Faithwriters’ Editors Choice Awards for her short stories, which are scheduled for publication in the Mixed Blessings series. Her first book, Fragile: 30 Days of Hope for the Anxious Heart, is now available at samanthaarroyo.com. She can be reached at [email protected].
Previous Tween’s Selfless Choice Ultimately Saves Two Lives
Next 90’s R&B Singer, Bobby Brown Calls on God to Save His Daughter