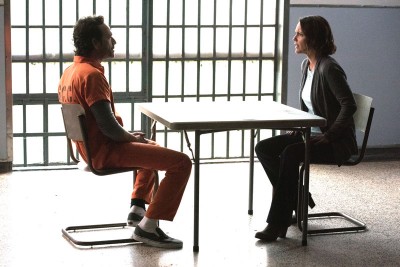 Finally: A TV Show the Entire Family Can Enjoy

Long gone are the days when you can flip on the TV at any given hour and watch a show with the entire family curled up on the couch. For conservative viewers, cable programming leaves much to be desired. The lack of decency, crude humor, language and gore has left many families canceling cable altogether and opting for streaming options like Netflix for more control.

And is it any wonder? 1 Corinthians 15:33 (ESV) reminds us that “Bad company ruins good morals.” The company you keep can include your television, too.

But tomorrow, August 12, a new series debuts that’s guaranteed to change up your regular programming schedule. Ties that Bind is a new series coming to the UP network that “combines police action (without the violence and gore) with family drama and humor (without any foul language or mentions of sex)” that’s fit for the whole family.[1] The drama kicks off at 9 p.m. CT/ET on Wednesday night and is being dubbed “the kind of show they don’t make anymore.”

The family drama follows detective Alison McKean (played by Kelli Williams) who takes her oath very seriously: to uphold the law regardless of the cost. So when she’s forced to arrest her brother for aggravated assault and put him behind bars, she’s left with a tricky decision: what to do with her brother’s children—two angry teens.

Alison and her contractor husband, Matt, try to do what’s right and take the teens in. But it doesn’t come without tremendous strife.

Unlike most crime dramas, in Ties that Bind, viewers get to see all the action: both on the job and back at home.

The Parents Television Council give the new show a green light, recommending the program for viewers over the age of 10 as police cases, crime, guns, blood and limited violence are either seen or discussed throughout the show.[2] To find out if UP is available through your cable or satellite provider, click here.

Check out the trailer below and let us know what you think: Will you be adding Ties that Bind to your Wednesday night routine?

is a freelance writer and contract copywriter who lives in the seacoast region of New Hampshire with her husband, Eric-Thomas,of five years. She currently serves alongside her mother as the Marketing Director for God’s Girls Christian Store and More, a online retail store serving the southern New England region. Her work has been featured in several print and online publications, and she is the recipient of two Faithwriters’ Editors Choice Awards for her short stories, which are scheduled for publication in the Mixed Blessings series. Her first book, Fragile: 30 Days of Hope for the Anxious Heart, is now available at samanthaarroyo.com. She can be reached at [email protected].
Previous How to Evaluate Your Relationships By God’s Standards
Next Prayer Priorities Revealed in a Lost-n-Found Lifestyle