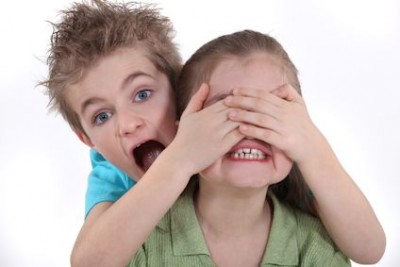 G-Rated Movies: The Truth Behind the Rating

This is a continuation of “The Truth Behind the Rating” series. For more information on PG or PG-13 movies, please see previous posts.

Have you seen any G-rated movies in theaters this year? Probably not. Why? Well, so far this year, of the 79 movies to hit the big screen, not a single one of them has been rated G.[1]

But this didn’t happen overnight. On July 16, 2013, the Boston Globe ran a feature regarding the slow demise of G-rated films. Perhaps that’s an over exaggeration on my part, but in 2013 for example, “Monsters University” was the only G-rated film released the first half of the year. It was followed by a few less-than-stellar box-office releases. That’s a steep decline given that from 1995 to 2010, anywhere from 15 to 20 G-rated films were released each year.[2]

In the article, the Boston Globe interviewed Paul Schneider, a film and TV director and chairman of the Department of Film and Television at Boston University, who said:

“It’s an understandable perception that there are fewer G-rated movies available these days. The perception comes from the rise of the PG movie. That has been the evolution of child-friendly films for decades now. It snuck up on many people . . . You could say we just don’t live in a G-rated world anymore.”

We don’t live in a G-rated world anymore, he says. The statistics appear to agree. According the-numbers.com, a free online resource for movie professionals and movie-goers alike, between 1995 and 2015 just 313 G-rated movies were released compared to the 1,162 PG-rated movies, 2,466 PG-13-rated movies and 4,256 R-rated movies. The last time a G-rated movie was the top-grossing film of the year (based on tickets sold for each movie during the course of the year) was in 2010 with the release of “Toy Story 3.” Before that, it was in 2003 with the release of “Finding Nemo.” Both of those movies were released by Pixar, and they are the only two G-rated movies to make the list in the last 20 years.

So what’s changed? The Movie Picture Association of America defines G-rated films as containing “nothing that would offend parents for viewing by children.”[3] Even the Classification and Rating Administration (CARA) attests that “a G-rated motion picture contains nothing in theme, language, nudity, sex, violence or other matters that, in the view of the Rating Board, would offend parents whose younger children view the motion picture.”[4] So once again, we’re left with how the culture interprets (or rather, bends) the rules.

So basically, the line in the sand has moved.

It appears the world is more a PG-rated one, at best. PG is the “safe ground” for movie professionals. Why?

The Today Show also spoke with Matthew Belloni, editor at the Hollywood Reporter who said, “Bottom line, G-rated movies make less money than PG- and PG-13-rated movies. If you can create a PG-rated movie that’s going to appeal to young people, as well as old people, you’re going to get a much larger audience.”

Shocker: G-rated movies just aren’t as lucrative. On the other hand, PG-rated movies attract kids and allow for rude humor and more mature themes that will entertain the teens and adults. In the end, not a single population is alienated.

We all know what the Bible says about money though: “For the love of money is a root of all kinds of evil. Some people, eager for money, have wandered from the faith and pierced themselves with many griefs” (2 Timothy 6:10). Many griefs indeed. Is it any wonder that the rating systems in Hollywood is tumbling down a slippery slope if its focus is on marketability and money?

I don’t think so.

With the ratings line blurring and culture becoming more accepting of crude humor, more mature storylines, “violence” (think: hitting a cartoon character over the head with a foam bat) and impolite language, PG is ultimately replacing the G rating.

In some ways, this is a flash back to when the rating system was first released. With no PG-13 rating until 1984, most PG movies were actually equivalent to today’s PG-13 rating. Now, PG movies contain more rude humor—and PG-13 movies are really pushing the envelope, with the rules becoming extremely slack.

As movies walk the line between ratings, could it be that the G-rating will disappear entirely? Sound off in the comments below.

is a freelance writer and contract copywriter who lives in the seacoast region of New Hampshire with her husband, Eric-Thomas,of five years. She currently serves alongside her mother as the Marketing Director for God’s Girls Christian Store and More, a online retail store serving the southern New England region. Her work has been featured in several print and online publications, and she is the recipient of two Faithwriters’ Editors Choice Awards for her short stories, which are scheduled for publication in the Mixed Blessings series. Her first book, Fragile: 30 Days of Hope for the Anxious Heart, is now available at samanthaarroyo.com. She can be reached at [email protected].
Previous The Lost Art Of A Hand-Penned Note
Next To Everything There Is A Season