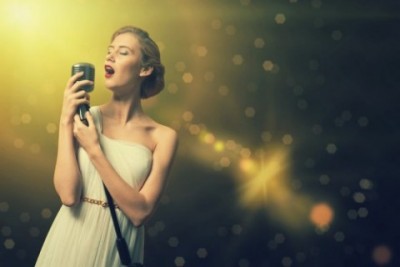 Kari Jobe: A Woman after God’s own Heart

She became one of the premiere worship leaders in the Christian music industry after her highly successful debut album self-titled: Kari Jobe. She was awarded a Dove for her efforts on this album. Her second album “Where I Find You” was released in January, 2012 and this project brought a Grammy nomination for her. The second album topped the Billboard’s National Christian chart and Gospel and Top 200 charts at No. 1 and No. 10 respectively.

Psalm 27:14 “’Wait on the Lord, be of good courage and He will strengthen your heart.” is her favorite verse and she has based her life on the truth that God through hard times will be your anchor and strengthen your heart. She is now 33 years old and dreamed of getting married at the age of twenty or twenty-one but she is trusting God will bring her the right man in His perfect timing. Her advice for young single Christian women is to be faithful to God and stay content in their current life circumstances. The Lord has the perfect man for you and he will bring him into your life when the time is right.

What wise counsel for young single Christian people who are of marrying age but still have not found the right life partner. Kari is encouraging young people to focus on delighting themselves in the Lord until that promise of marriage is fulfilled in their lives. God is faithful and will keep the marriage covenant with those who wait and trust in him completely. Kari is an inspiration to Christian singles everywhere as she lives out the truth that she is sharing with other young single people. Kari Jobe is a woman after God’s own heart as she puts her complete trust in him to work his perfect will in her life and bring her life partner in his sovereign timing.

Greg is a born again believer who testifies to the absolute transforming power of God's word. Greg has been called to full time ministry and He has known Jesus for most of his life. Greg received his degree in Pastoral Ministries from what was formerly Bethany University in Santa Cruz,California. View Greg blogs on iwriteforjesus.com. Greg has a book published on " To Jesus Christ the High Priest of my confession: A personal Testimony." find it on http://www.amazon.com/Christ-Priest-Confession-Personal-Testimony/dp/1507706847/ His testimony in short form is published in "Trials and Triumphs II" on http://www.amazon.com/Trials-Triumphs-II-FaithWriters/dp/1498416012/. This book is filled with 50 inspirational testimonies and is a project of Faith Writers.
Previous Cigarette Butts at the Gas Station
Next Does God Ever Change?