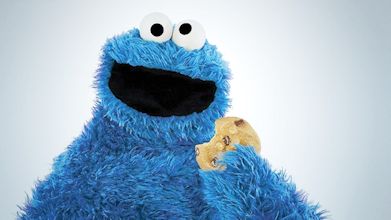 “Les Mousserables” Gets it Right

It has been many years since I have watched the popular kids show Sesame Street. I mean, why should I? It’s thought to be for children. Despite this common belief about the show, one recent segment entitled, “Les Mousserables”, brought out some very important lessons that aren’t just for kids.

In “Les Mousserables”, Cookie Monster plays Jean Bon-Bon, a French guy with a bagful of cookies. While wandering the streets he meets several of his friends who are sad because they have no cookies. Jean Bon-Bon tries to empathize with their feelings, but when he realizes they are sad and would like to have his cookies he becomes selfish, and they become jealous. This jealousy eventually becomes anger. Jean Bon-Bon is then faced with a crucial decision of whether or not to share his cookies.

The Bible actually tells us in Prov 6:34 that jealousy is the rage of a man. This sounds a lot like what happened with Jean Bon-Bon’s friends. Their jealousy most certainly turned to rage. We also see in the Bible the importance of sharing. In fact, Acts 4:32 talks of a multitude having all things in common, with no one claiming anything as their own. Jean Bon-Bon needed to learn this lesson with his cookies, and it took his friends getting angry at him before he was willing to reconsider his selfishness.

Joel M. Bauer is a 45-year-old U.S. Army Veteran from Dunn, NC, which is just outside of Raleigh. After being honorably discharged from the U.S. Army, he attended school at Taylor University, a Christian liberal arts school, in Fort Wayne, IN, where he received his BS in social work and psychology. He has worked in such places as a homeless shelter, a community based treatment center for severe mental illnesses, a school for troubled students, and other social service agencies. His current endeavor is to build The Bottom Line website into a site that inspires both Christians and non-Christians alike, and brings glory to God.
Previous Is the T-Rex Fresh?
Next The “Cross Walk”