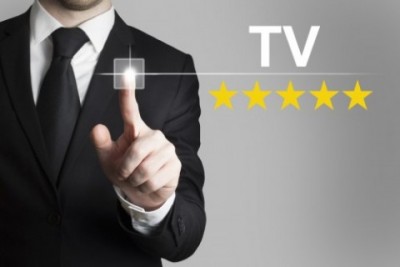 Recent opposition has taken place in regards to a new television series airing this weekend on TLC (Formally known as The Learning Channel). The new series is titled My Husband’s Not Gay and has struck controversy from all ends of the Liberal and Conservative spectrum. The basic plot “follows four (Mormon) men living in Salt Lake City, Utah, who don’t identify themselves as homosexual despite having an attraction to men.” (TLC.com)

“The program has already received protests from everyone from Christians to advocacy groups like the Gay & Lesbian Alliance Against Defamation (GLAAD)… and, in the process, a whole lot of publicity.” (Carpowich) which means “In a world where TV ratings mean everything for cable networks” (Carpowich),TLC is “doing something very right.” (Carpowich) Or, are they doing something very wrong for the American people?

Originating in 1972, The Learning Channel became a network partnership between the Department of Health, Education, and Welfare as well as NASA. The combined team was known as the Appalachian Community Service Network. The purpose of the network was to provide a means of education to inform and instruct about various life topics including cooking, home improvement, medicine, technology, science, history, current events, and other topics of interest. However, in the mid 90’s the channel began to move drastically away from its original foundational purpose.

Presently, TLC has taken a leading interest in reality television and has willingly taken heat for controversial airings of shows such as “Toddlers and Tiaras”, “Here Comes Honey Boo Boo”, and adding to the list, “My Husband’s Not Gay”

So why should concern be brought up about the network? In actuality, the concern is not just what TLC is airing, but the issue to be challenged is the significant shift from the drive to educate to the desire to make a buck.

Lately, this has become the common media thread; leave morality behind in order to win the ratings race.

As viewers, it is up to us to decide what we chose to watch and allow our children to be in front of. However, as Christians, we are to “guard our hearts” (Proverbs 4:23) which means we need to pay attention to what we allow our ears to hear and our eyes to see.

If the purpose of our life on earth is to be like Jesus and to be in a personal relationship with the Father, then how would He feel about our support of reality TV or programs that deviate from His word? How can we support the media without straying away from God’s truth?

is an author and editor for The Bottom Line Ministries as well as a member of Faith Writers. Currently she teaches high school language arts. She is a mom to four amazing blessings and enjoys every moment life has to offer. Renee has a fervor and drive to learn, she loves to read and spend time with her family, and is involved with her local church ministries. Humbled by God’s gift of words, she has a passion to write what the Holy Spirit has placed in her heart. She hopes to publish her in-progress book someday, but in the meantime, is honored to be placed as part of the TBL writing family and is holding on to the ride wherever God is leading. Renee and her family reside in their country home in Holland, Iowa.
Previous Our Hope: Find Your First Love, Again
Next Could Adrenal Fatigue Be Making You Tired? (Part I)