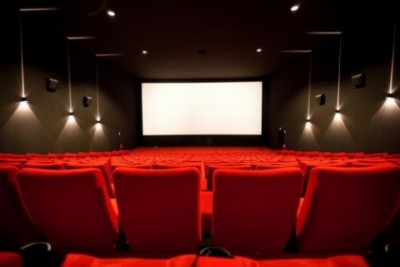 PG-13 Movies: The Truth Behind The Rating

Well, not really. Especially when you take a look at these facts:

That’s not all. Get this: According to a study by the Annenberg Public Policy Center and University of Pennsylvania “There is essentially no difference between the most popular movies rated PG-13 for younger viewers and restricted, R-rated films in showing main characters engaged in both violence and alcohol use or violence and sexual behavior.”[iv]

Bottom line? PG-13 movies are more violent today than they ever have been. So despite the MPAA’s broad assumption that PG-13 movies are for those 13 years and older,  parents must still exercise sound judgment over whether or not the movie is appropriate for young eyes—or theirs, for that matter.

Even G-rated movies are permitted to use “impolite” language. And while a sexually-derived expletive will immediately garner a PG-13 rating, there’s no real “rule” as to how many occurrences of those types of words result in an R-rating. For instance, according to the Classification and Rating Rules effective in 2010,

“The Rating Board nevertheless may rate such a motion picture PG-13 if, based on a special vote by two-thirds majority, the Raters feel that most American parents would believe that a PG-13 rating is appropriate because of the context or manner in which the words are used or because the use of those words in the motion picture is inconspicuous.”[v]

But how to do you justify The Hip Hop Project receiving a PG-13 rating despite containing 17 “F” words—a number that guarantees an R-rating?

Well, because Director Matt Ruskin and Chris “Kazi” Rolle, the film’s subject, appealed the initial R rating—and won. Their rationale? “We decided to appeal the R rating to allow teenagers access to see this film because they’re the ones who need it most.”[vi]

Have they ever heard the phrase “what goes in, must come out”? Watching violent movies increases aggressive behavior and attitudes in the people who watch those movies—especially impressionable teens. Pervasive language is no different.

By watching movies that are filled with swearing, it’s only a matter of time before bad language comes spilling from our mouths.

Matthew 15:18 says, “But the things that come out of a person’s mouth come from the heart…”

Therefore the same is true vise versa. Fill your mind and flood your eyes with pure and lovely things (Philippians 4:8) and that is what will come from your mouth.

But be warned: PG-13 movies aren’t all there is to worry about. Parents ought to pre-screen PG movies, too. Why? Well, because the Classification and Rating Rules continues by saying,

“The more mature themes in some PG-rated motion pictures may call for parental guidance. There may be some profanity and some depictions of violence or brief nudity. But these elements are not deemed so intense as to require that parents be strongly cautioned beyond the suggestion of parental guidance. There is no drug use content in a PG-rated motion picture.”

Do you think the MPAA guidelines are realistic? Has Tinsel Town gone too far? Sound off in the comments below.

is a freelance writer and contract copywriter who lives in the seacoast region of New Hampshire with her husband, Eric-Thomas,of five years. She currently serves alongside her mother as the Marketing Director for God’s Girls Christian Store and More, a online retail store serving the southern New England region. Her work has been featured in several print and online publications, and she is the recipient of two Faithwriters’ Editors Choice Awards for her short stories, which are scheduled for publication in the Mixed Blessings series. Her first book, Fragile: 30 Days of Hope for the Anxious Heart, is now available at samanthaarroyo.com. She can be reached at [email protected].
Previous A Powerful Prayer of Deliverance
Next Change Roadblocks to Stepping Stones in 3 Easy Steps