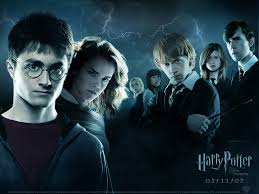 The Harry Potter Series of seven books holds the distinction of the best selling series in history, with sales in the 400 to 450 million copies.  That’s a lot of books.  Along with a lot of book sales, Harry stirs up a lot of controversy.  Along with many admirers, there are also many detractors – from authors claiming plagiarism, critics panning the author’s methods, creativity, hidden agendas, etc.  As with anything so well known, it draws a lot of attention both good and bad.

Among those who take issue with Harry are Christian groups who maintain that Christians should not indulge, lest they come under judgment reserved for those who practice witchcraft.  Googling this question turns up predictable titles, such as our title question, and those with a “spin,” such as, “What would Jesus do with Harry Potter?” and “Harry Potter, Jesus, and Me.”

I understand and appreciate the position of the church on this issue.  But I also think we should tread lightly.  My own pastor is strongly against Harry Potter and has spoken about it many times in the years it has been in print, although he was more vocal in the past when Harry was at his heyday and children (and adults) were caught up in the spell (no pun intended).

He is entitled to his opinion, certainly, and his job, to a point, is to warn his “flock.”  But when you dish out condemnation as if none of the congregation were indulging, you must use caution.  I have no doubt in my mind at all that those who declare the books as being “of the Devil” would vehemently defend their position to just as vehemently denounce Harry and declare all who indulge as in grave danger.

But what if you hurt the innocent?  My daughter was in middle school during this period and we both read the books with fervor and excitement, devouring each new book as fast as we possibly could, and we loved it.  I still do.  But can I tell you about how my child felt?  Can I tell you she feared her beloved Sunday School teacher would find out and be disappointed?  Feared.  That is wrong, very wrong, that she should feel shame from reading and enjoying these books.

I know the Bible.  I know the books.  I knew my daughter – grounded by the teaching of that Sunday School teacher, loving the Lord and knowing and wanting to worship Him only.  The book to her was just a book.  A simple, captivating story of good versus evil.  A story where good triumphs over that evil, no matter the instrument of that triumph.  Not real life.  Just a story.

As a mother and a Christian, I felt no danger in allowing her to read the books.  I have God’s Holy Spirit living in me.  I know His voice and I know very well when He is speaking.  I have read other books that greatly disturbed me, and I could feel His prompting to put it down, and I did.  I know others will disagree.  I understand and I respect your choices in your own situation.

Each must choose his own path all of the time and God is our guide.  It is not wrong to be against Harry Potter, but it is wrong to heap condemnation so broadly that we have no idea who we are hurting.  What would Jesus do?  Bottom line:  It wouldn’t be to cause that little girl to fear the loss of His love.  Oh, and that Sunday School teacher?  I talked with her and, as I knew she would, she reassured me nothing could make her love my daughter less and that’s how it should be.

Previous Lady Mary, Blossom, and Dr. Jenner
Next Will My Pets Be Safe At The Second Coming Of Christ?