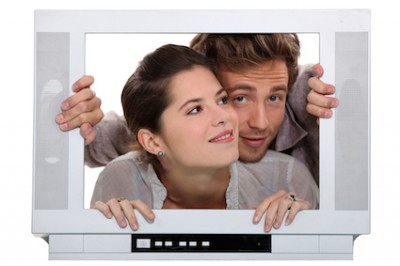 There is a reality TV show on almost every channel, for almost everyone. There are reality shows for the entire family such as, 19 Kids and Counting, sports fan, and wildlife fanatics. And if you want drama, there are series like, Love and Hip-hop or, The Real Housewives. Then, just when you think reality shows can’t get any more bizarre, jaw-droppers such as, Dating Naked, and, Born in the Wild, step on the scene. Though these two shows need no explanation, I’ll humor you. The first series is about individuals going on dates in their birthday suits, and the second captures footage of women giving birth in the wild.

I guess broadcasting network stations didn’t want Christians feeling left out, so they started airing reality shows such as, Preachers of L.A., and, Preacher’s Daughters. Both these series feature unorthodox as well as traditional preachers, where you’ll see reverends in suits as well as in ripped jeans and with pierced ears. In addition, as with most reality shows, they also have their fair share of less than exemplary behaviors.

Christian reality shows can be viewed from two perspectives. Viewers can see it as a modern day opportunity to witness to today’s generation, and let the world see that Christians have issues and problems, too. Viewers may also see it as a mockery of Christianity. But I’ll ask you, should Christians star in reality TV shows?

As Christians, we are called to go out into all the world and preach the Gospel to everyone. (Mark 16:15) Undoubtedly, Christians are called to spread the message of grace. How? Paul gave us an example when he said, “I have become all things to all people so that by all possible means I might save some”
(1 Corinthians 9: 19-23). It’s acceptable to meet people where they are, and reach out to them through their interests. Whatever method we choose, our efforts should have the same results—winning souls for Christ. But are Christian reality TV shows really winning souls?

There are good Christian reality TV shows, The Way of the Master, was one. In this series, individuals would go out into the streets witnessing to others by sharing biblical principles and discussing matters of eternity. As we implement different strategies to witness to others, let’s remember we don’t necessarily have to do what the world is doing.

“And do not be conformed to this world, but be transformed by the renewing of your mind, so that you may prove what the will of God is, that which is good and acceptable and perfect.” (Romans 12:2)

What are your views on Christians being reality stars?

Amelia Brown is from the beautiful island of Jamaica. She is a 28 year old Guidance Counselor by profession, but a passionate writer at heart. Most of her articles written are aimed at stimulating positive change under the guidance of the Holy Spirit. She is also a published poet and a member of Faithwriters. Outside of writing, she enjoys volunteering, cooking, and turning frowns right side up. Amelia currently lives in New York.
@ameliambrown
Previous In The Darkness There Is Light
Next Stop Pointing Those Legalistic Fingers