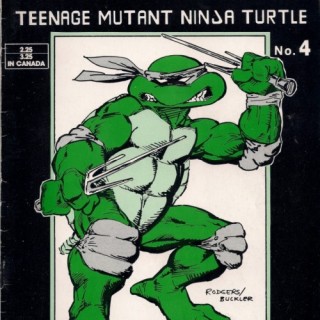 As a kid of the 80’s, I remembered how awesome it was going to the comic book store and purchasing my first copy of a Teenage Mutant Ninja Turtles comic. I bought a Raphael training comic; still own it, actually. When the cartoon came out back in the early 80’s, I was stoked. And then in the 90’s, the first movie hit theaters. I rushed to go see it on opening night! The combination of animatronics, sophisticated costume design and fight sequences mesmerized me. Sure the plot was cheesy, but it was nice to see the comic book adaptation come to life on the big screen.

My plan was to take my youngest son, Isaiah, to see the new Turtles movie. Imagine my excitement in getting to see my beloved turtles all over again; but this time, share that euphoria with him. He’s into the cartoon today, so I figured seeing the turtles on the big screen would be just as awesome for him as it was for me, at his age. But, I’d heard some bad things about this latest adaptation, so I decided to check it out on my own first, for…research purposes (yeah, yeah, that’s it). Holy cow, Batman!

The first thing I noticed was this film, no matter how it’s packaged, is NOT for kids. The Michael Bay vision strays from the original plot slightly, in favor of a higher-octane explosive version. The bad guys are down-right wicked; the damsel in distress is a bit more provocative, and the turtles are huge. No, seriously: monstrous. Take Dwayne “The Rock” Johnson, add another 20 pounds of hard muscle on his physique and he still won’t match up to Michelangelo, who happens to be the smallest hero of the bunch.

The fight sequences and battle action is totally state-of-the-art, but that will only encourage your sons and daughters to attempt jumping from the banisters and chandeliers. The plot? Not so interesting. But it isn’t supposed to be a movie of intrigue. It’s a powder keg of action and destruction, which is what some people want to see. Personally, I was disappointed in the fact that I can’t take my kid to see it because it will probably give him nightmares.

Bigger is not always better. No matter how flashy and loud it may get, bad is just bad. Where my family’s entertainment is concerned, this one just doesn’t cut the mustard. The turtles are back, they’re bigger, they’re louder, and the enemy is nastier than ever. If high energy and spectacular action is your thing, this movie will not disappoint. But, I’d steer clear of this one as a choice for family movie night. It’s a little too pumped with adrenaline.

@Ennis_C_Smith
Previous Stopping The Bullying: A Story To Warm Your Heart
Next Let’s Get Election Day Over With, Already!