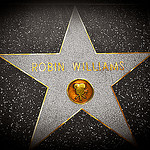 When The Laughter Stops

Ecclesiastes 3:4 says, ‘[There is]…a time to weep and a time to laugh,’.  God recognizes the need to cry, and the need to be joyful.  And because of this, He has blessed us with those who will indeed make us laugh when all we want to do is cry.  Robin Williams was one of those special folks who had the ability to cause us to laugh so hard it felt like our sides would virtually split open.

Last week, Robin left this world, and sadly he did so by his own hand.  It was later revealed that he had been suffering from severe depression. His depression was deepened by some personal burdens he carried as well.  Those who have never suffered this type of depression find it difficult to understand how he felt, and why he was driven to such an extreme action.

Robin leaves behind his wife and three children.  This is the second part of this tragedy…the family and friends who have lost their loved one.  He may have been a celebrity, famous and known world-wide, but he was their loved one.  He belonged to the world only for the times we witnessed his comedy and his humanity.  In reality, he belonged to his family.  And they are left to mourn all he was to them, not what he was to the world.  For them, the laughter has stopped.

Robin Williams had the ability to touch hearts, to cause those who never smiled to belly laugh, and to cast a different point of view into many lives.  He did many things most people did not know he did.  Such as visiting a terminally ill little girl in my own neighborhood of cities, here in North Carolina, just a couple of years ago.  He spent an entire day with this child, who had asked to meet him.  He sang to her, made faces at her, and talked in the voices he did of the movie characters she had grown to love.  They watched football together and played cards.  She died just two weeks later.  But he had brought her great joy, and had taken the time from his own world to brighten and impact the world she and her family were living in.  Upon hearing of Robin’s death, her father cried.

Robin made a great contribution in the relatively short time he spent on this earth.  We will continue to be blessed whenever we hear Mrs Doubtfire’s voice, or watch Captain Hook doing his best to get Peter Pan. We should all be saddened by his suffering, and his death.  Let us be kind to his family, remembering them in prayer, as they face the coming days in mourning.

‘Blessed are those who mourn, for they will be comforted.’  Matthew 5:4 (NIV)

Depression is a heartbreaking reality for many.  Often it is those closest to us, and just as often it is either not noticed, or misunderstood.  Please don’t ignore or try to forget the signs in your loved ones.  Talk to them, and perhaps to a medical professional if you suspect they are in depression, and may need intervention to help them overcome.  Trust God to lead you and guide you in these cases.  Thank you.

Lili lives in central North Carolina. She writes devotionals and Christian articles and has been published in e-magazines, newsletters, and articles. She is a member of Faithwriters.com. She and her husband Chuck love to travel, and are animal lovers as well. They are active in their local church. Lili credits God for any inspiration that allows her to write. It's all about Him!
@@ohiolili
Previous Has Sports Become An Idol?
Next Are You Scared Of The Future? Psalm 91 To The Rescue!