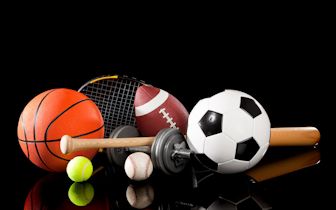 Has Sports Become An Idol?

Has Sports Become An Idol?

Football, basketball, soccer, baseball, golf, or tennis, which will it be? Eighty-nine percent of Americans believe sports are an important part of the culture. Not only that, according to the Barna Group, sports figures have greater influence than religious leaders. It is true that when some athlete speaks out about his or her religious views or anything else for that matter, it makes news. The question is has sports become an idol or god of this culture?

The latest information concerning viewership of different sports shows the leader to be, not surprisingly, the Super Bowl, with 111.5 million watching on television. Next in line is the U.S. soccer team losing to Portugal with 24.7, and the MLB World Series had 14.9 million viewers. Soccer was watched by more people than the NBA finals. Football is still the most watched sport, viewed by 53 percent of the population. The greatest percentage of people watching sports more than any other category including sex, age, economic and educational level, are Christians, at 55 percent.

Barna research is asking the question, “Has an enjoyable pastime turned into an unhealthy obsession?” That seems to be the case because 62 percent of adults believe that sports is a distraction from issues of life that really matter. Are older adults setting a good example for the younger generation by spending so much time watching their favorite teams? The recent survey also revealed that 75 percent of young adults aged 18-30 watch sports.

Now, of course, there is nothing wrong with sports. Sitting down to watch a good game is a great form of entertainment and relaxation. However, there are other issues involved. What kind of perception do people have, particularly the teens and young adults, of the so-called role models, some of whom end up being involved in scandals or publicly exhibit bad and immature behavior? Are they able to draw a distinction between a player’s ability and his or her character? It is morally dangerous to think that someone’s behavior is justified just because they are good at what they do, or to look the other way as if it is not that important because that person is a star athlete. Our young people must view sports recognizing that there are some players who are greedy for outrageous salaries, don’t care about the rules of the sport or the laws of society, or are still so young that they have not emotionally grown up enough to handle wealth and fame. Are parents and coaches talking about these issues with their teams and audiences?

Another question is to what degree has sports replaced important things like family time and religious involvement? Among the 55 percent of people who refer to themselves as Christians how much time are they spending each week watching sports? The survey did not address this, and it would have told us a lot more about how much of a priority people are making it. It is also not known to what degree people are staying home to watch sports instead of attending church or other religious functions. If sports is replacing quality family time and religious disciplines then it has become not only an “unhealthy obsession” but also a form of idol worship.

The Bible says in Ephesians 5:16 to make “the most of your time because the days are evil.” I Corinthians 6:12 tells us that we should not be mastered by anything, and 10:23 reminds us that all things are lawful but not necessarily beneficial or profitable.

John Livingston Clark is 67 years of age and lives in central Washington State. He has written two published books, and two published poems. His initial book is called, " God's Healing Hope: Breaking the Strongholds of Wrong Thinking." His second book, released in December of 2016, is a motivational book written to seniors titled, " Seniors: Are You Retiring or Recharging?" Both books are available on amazon. You can also view his writings on www.faithwriters.com. John is available to speak on a variety of topics. Visit me at jclarkministries.com
Previous Lucifer
Next When The Laughter Stops